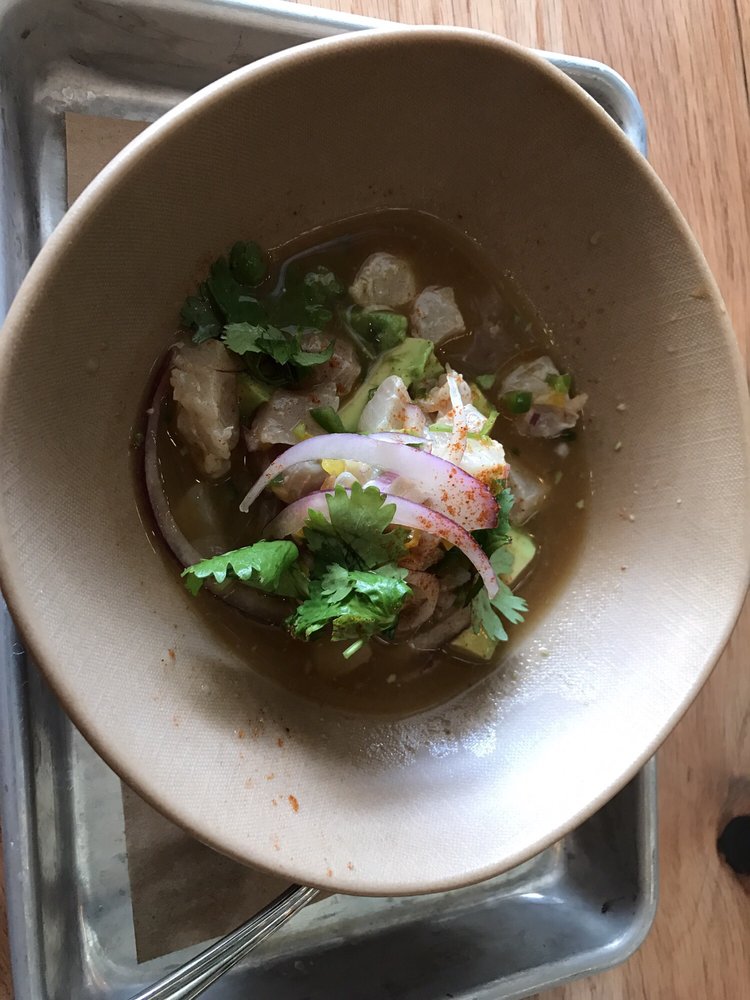 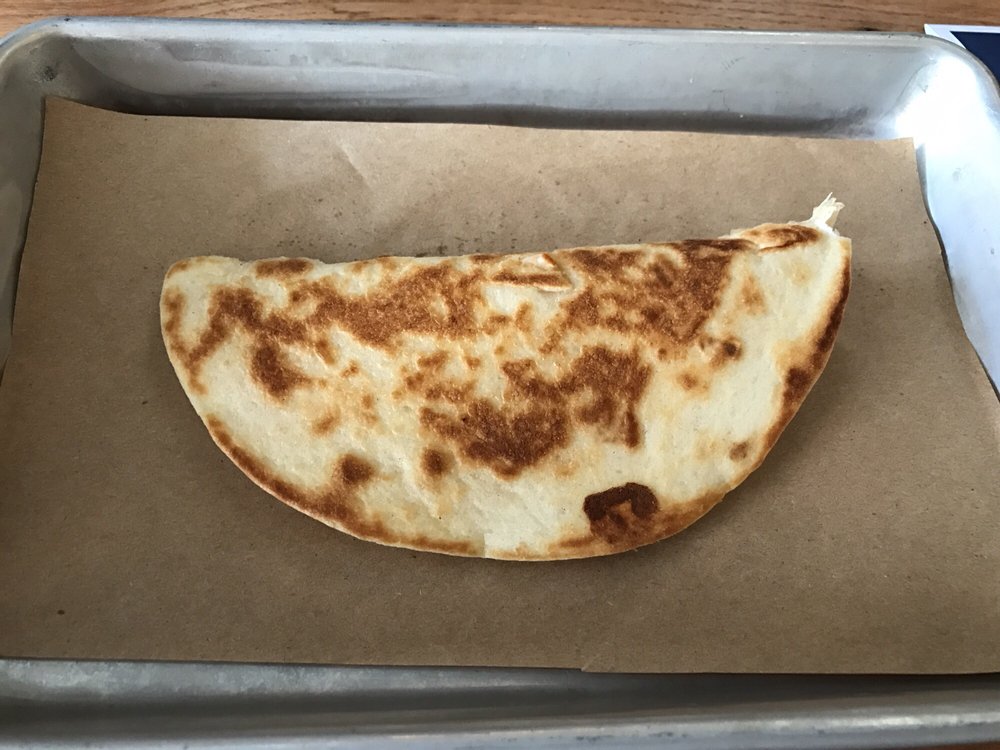 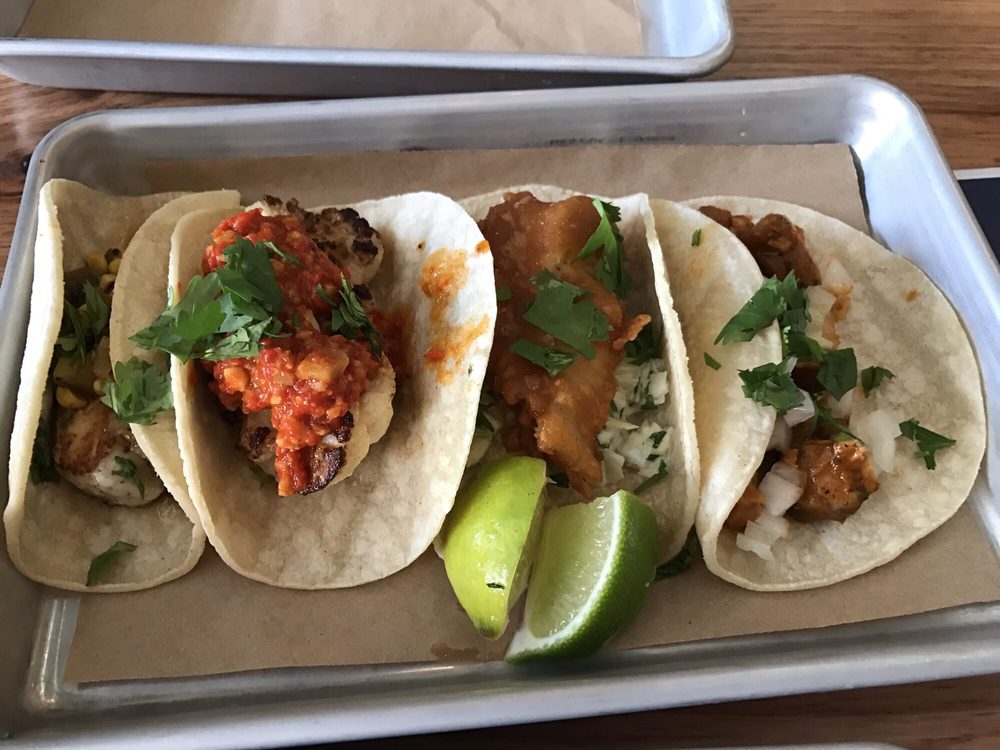 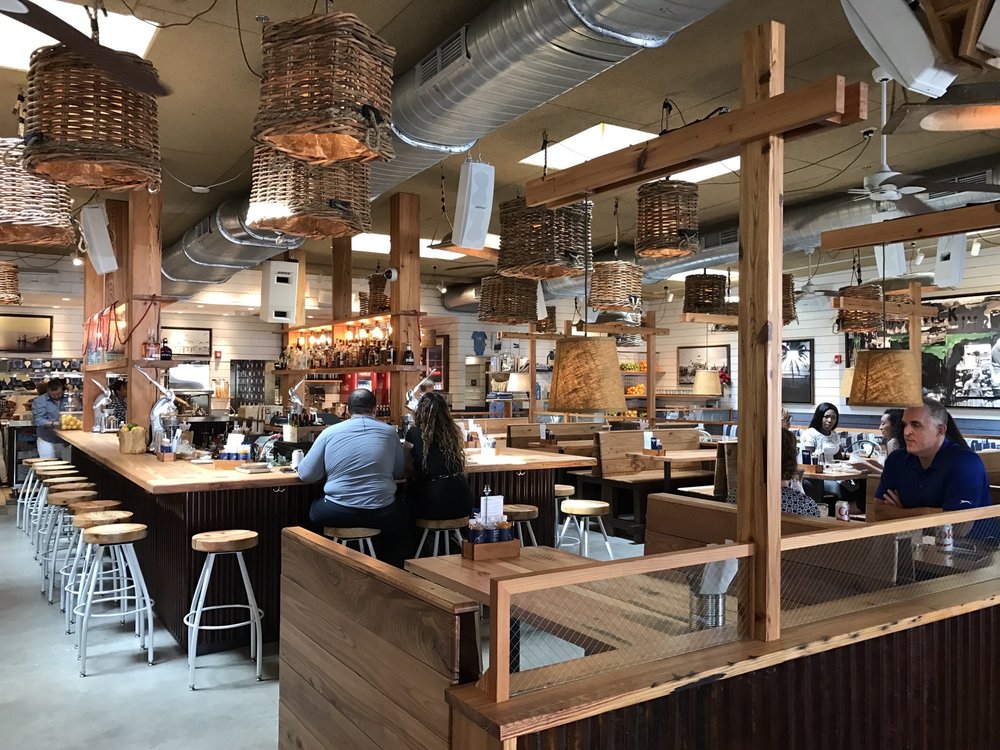 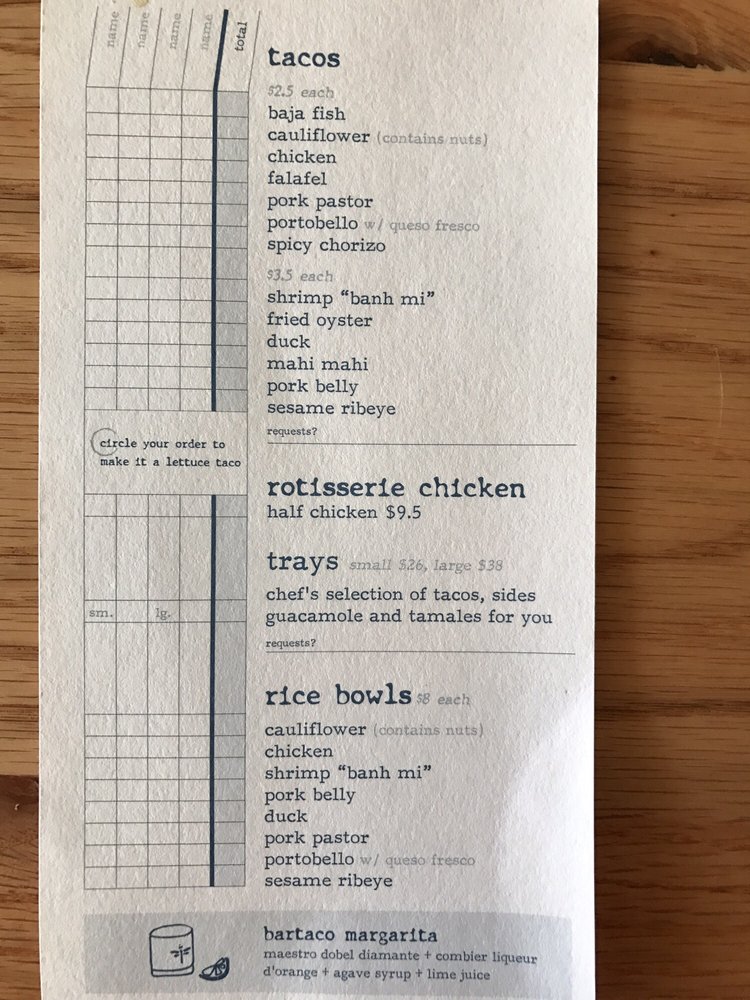 This surprisingly large space is divided into several indoor areas and a large patio. Tacos are ordered using a form at the table which you then place in a stand to attract your server’s attention.

Each taco is about four bites, and costs either $2.50 or $3.50. The Mahi Mahi taco was healthful, but the Baja taco, which was deep fried with a crunchy crust was better. The most flavorful taco we tried was the cauliflower, because of the spicy, nutty sauce. Least interesting was the chicken.

We also tried the cheese quesadilla and the ceviche. The quesadilla was nicely cooked to a golden brown, but the cheese wasn’t particularly flavorful. Addition of the hot sauces on the table helped. The ceviche contained a nice portion of Mahi Mahi in lime juice, and was good, if more expensive than the other items at $7.

A lunch deal give you a choice of three tacos and a soup or salad, not a big discount, but a nice combination.