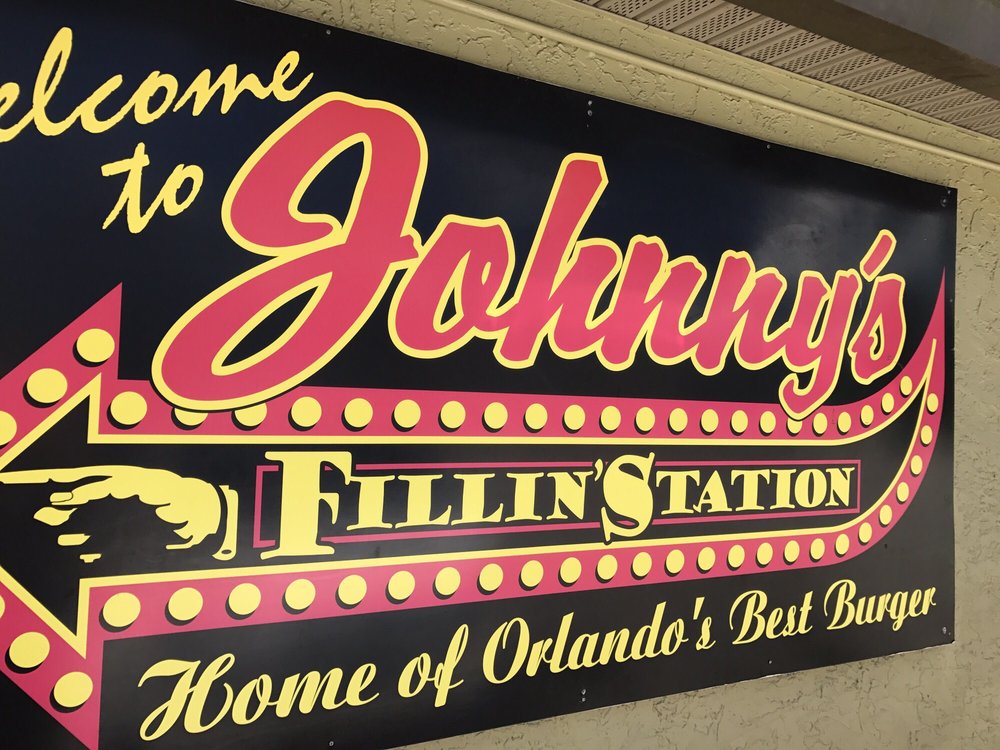 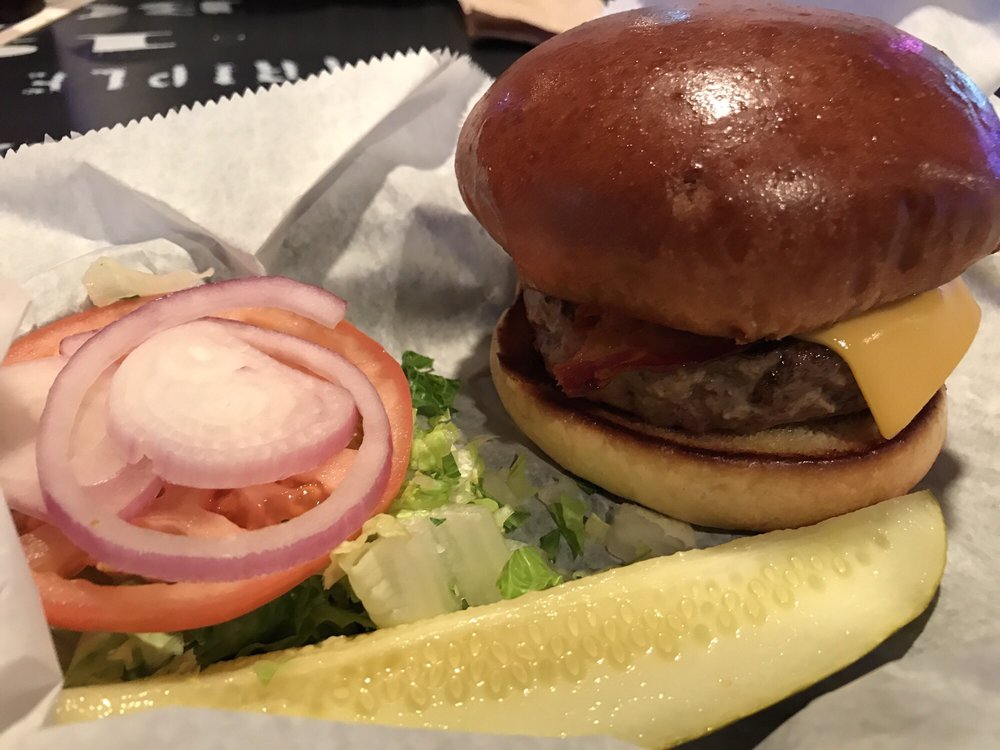 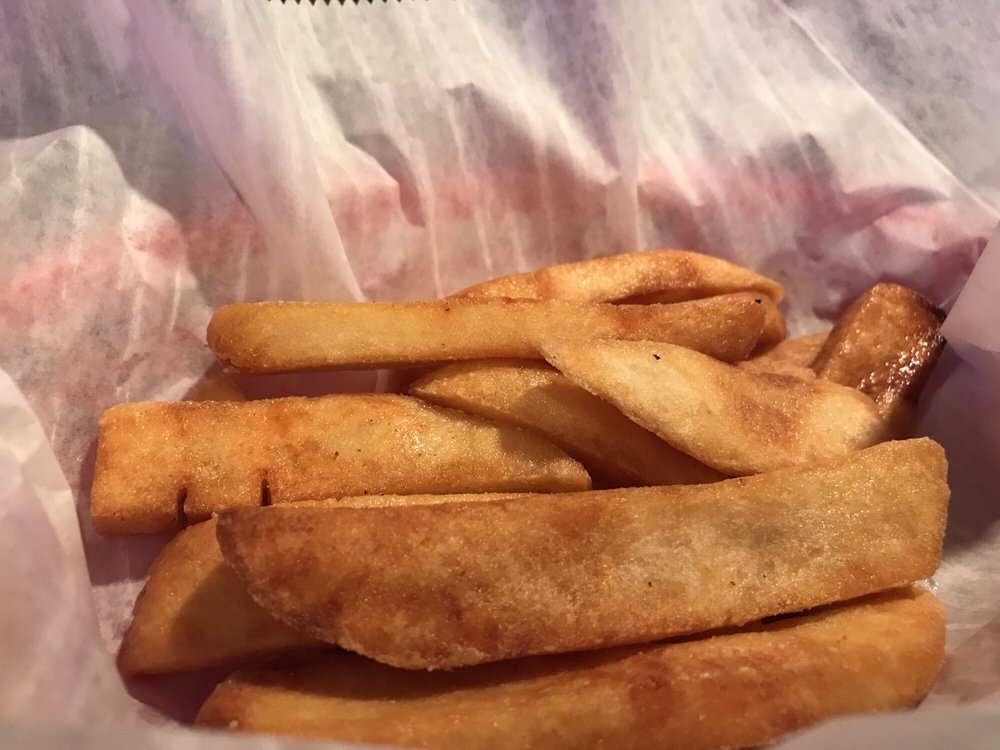 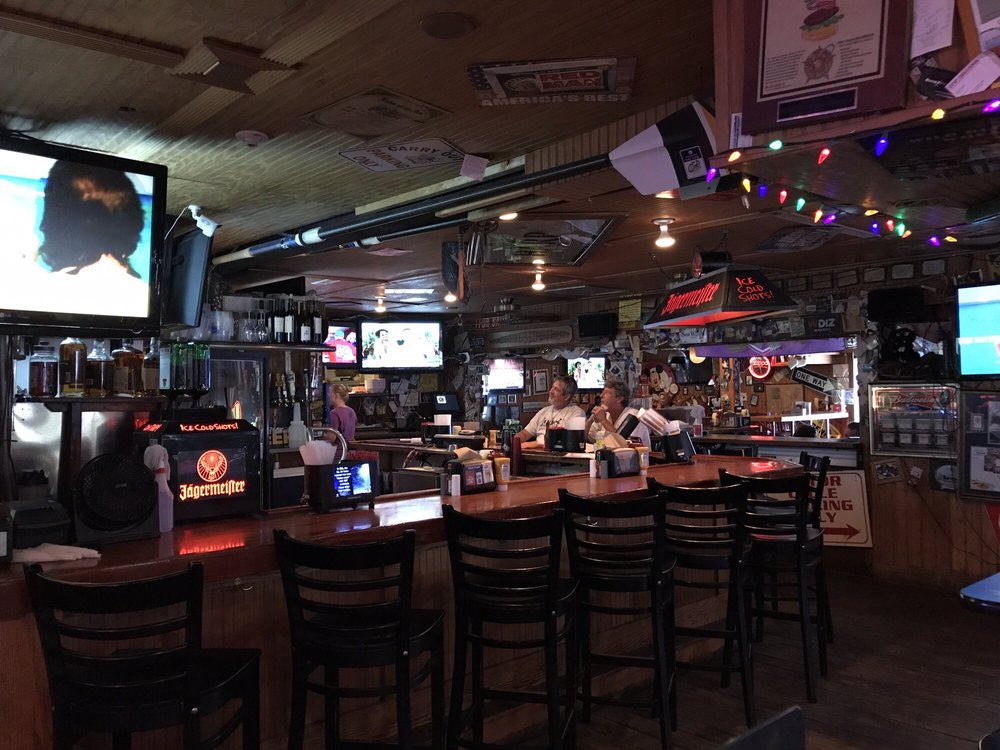 For at least 20 years Johnny’s has been acclaimed for having the best burger in Orlando (they even have the 1998 plaque on the wall to prove it), and it still is. The secret is a thick, meaty patty perfectly cooked to order served on a bun with some substance. And the bun is grilled on the insides to make sure it doesn’t get soggy as you make your way through the burger. The bacon cheeseburger is the way to go. And it comes with all the fixin’s you’d expect of a fillin’ station.

The fries that come with the burger could be better, as they are steak fries rather than something skinnier, but if you order them crispy they will do.

The atmosphere is also unchanged in at least twenty years: quintessential dive bar. It’s a real dive bar that has earned its designation, not some artificially decorated pretender. The junk on the walls is all there for historical reasons.

Service is not what you’d call attentive, but it is pleasant.