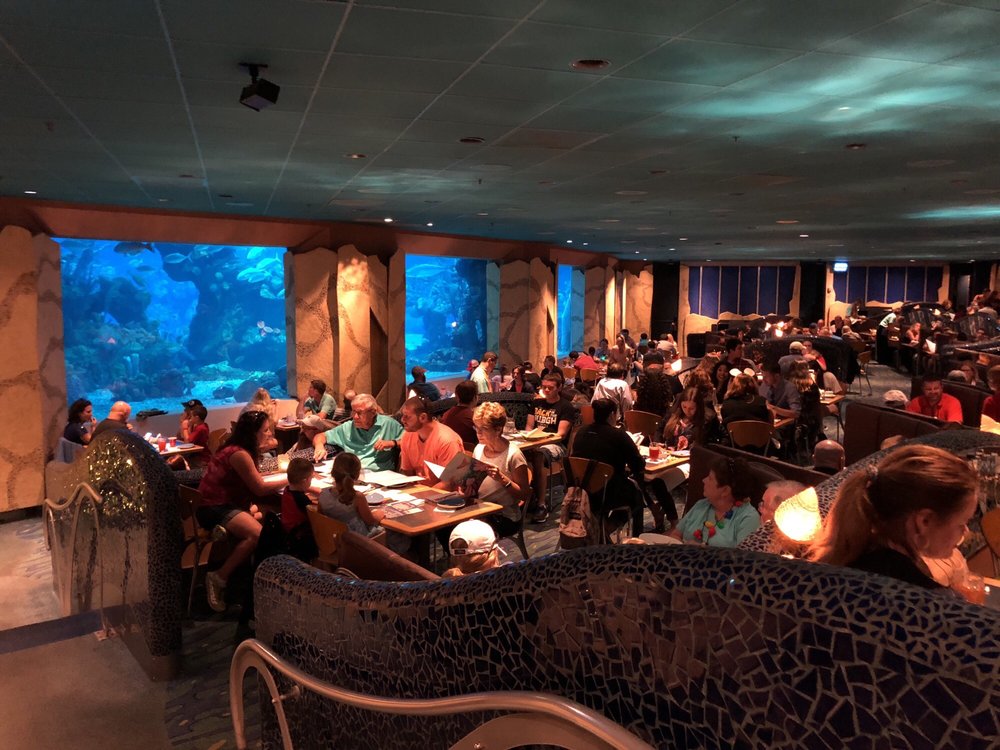 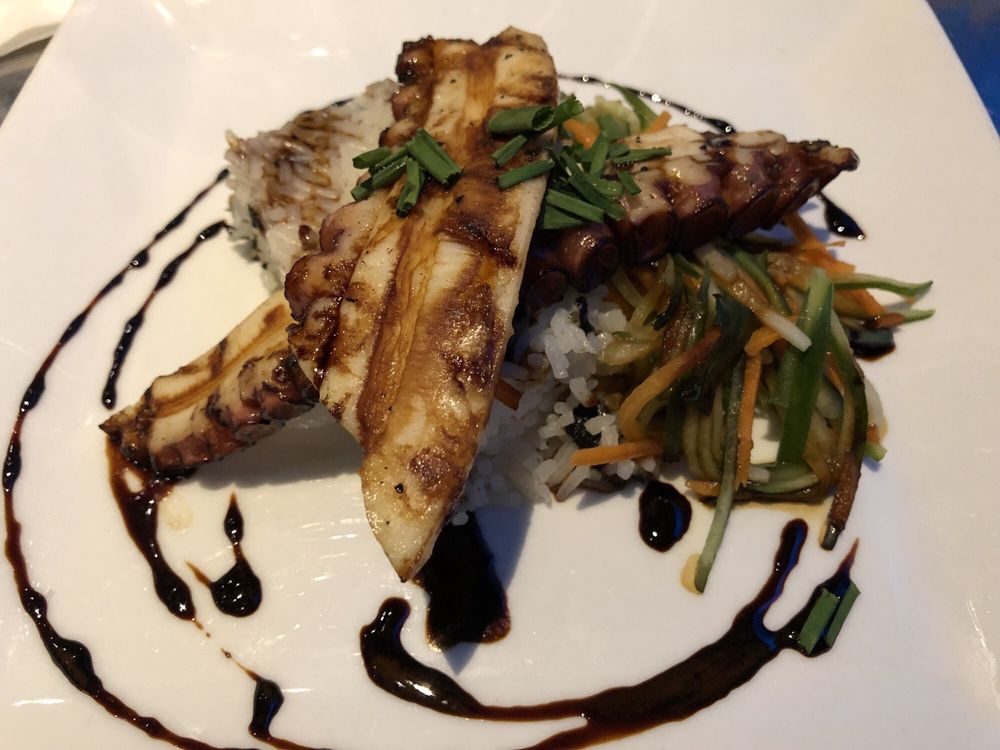 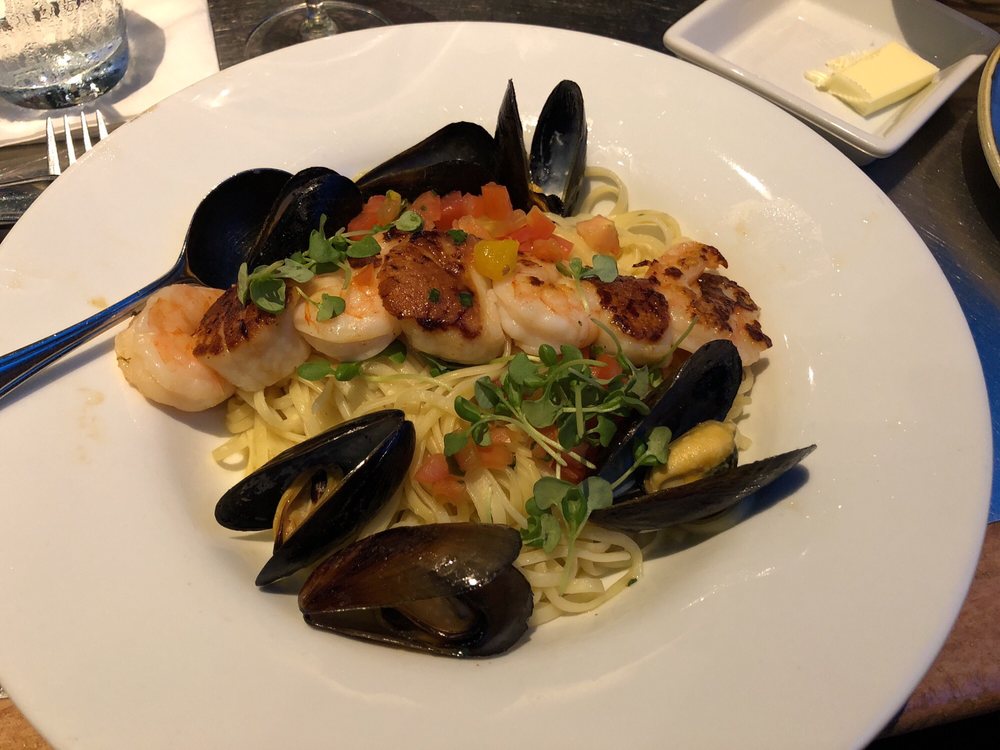 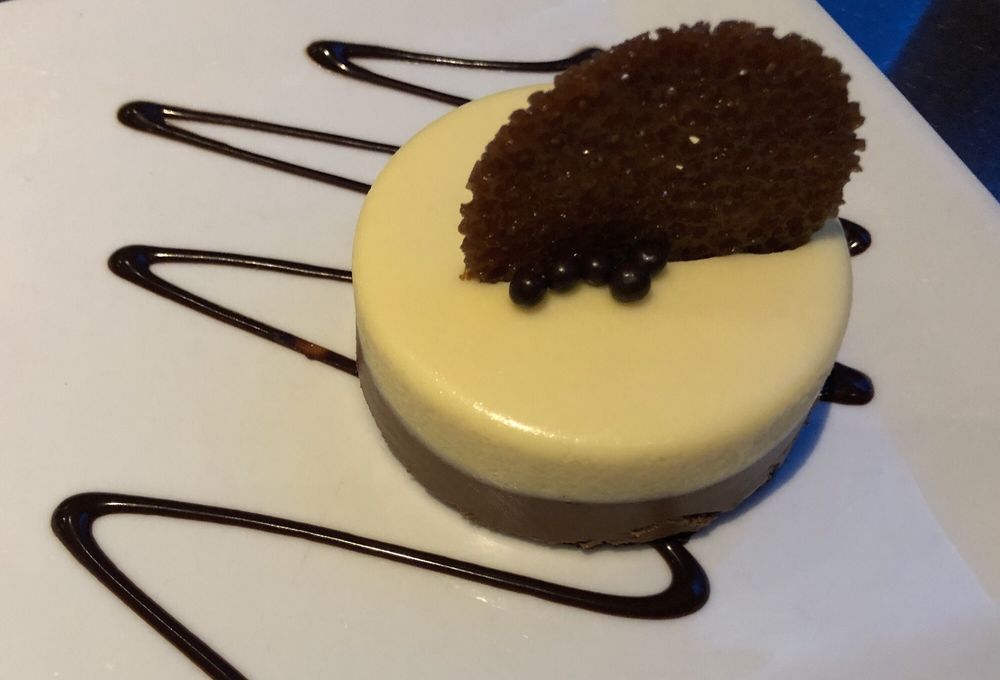 When it first opened this was one of the best restaurants at Epcot. They offered a true upscale dining experience and a spectacular view of the fish tank at the Seas Pavilion.

The view of the tank is still there, but the upscale dining experience is long gone. The reason, as with most of the other restaurants at Walt Disney World, is the advent of dining packages. Because guests can now get the food as part of their lodging and admissions packet, it has had a leveling effect on all of the restaurants, where everything is somewhat uniform. It’s not that the food is bad, it’s just very similar, and none of it stands out.

This is particularly apparent at the Coral Reef, which despite its theming isn’t really even a seafood restaurant anymore. Chicken and meat dishes outnumber the few fish dishes on the menu.

I had the chargrilled octopus, which was good, and the scampi, which included a skewer of decent shrimp and scallops over a completely flavorless pile of unsauced spaghetti.

Dinner for four, with a bottle of wine and tip, was over $300. Service was friendly and helpful, and the view is great.