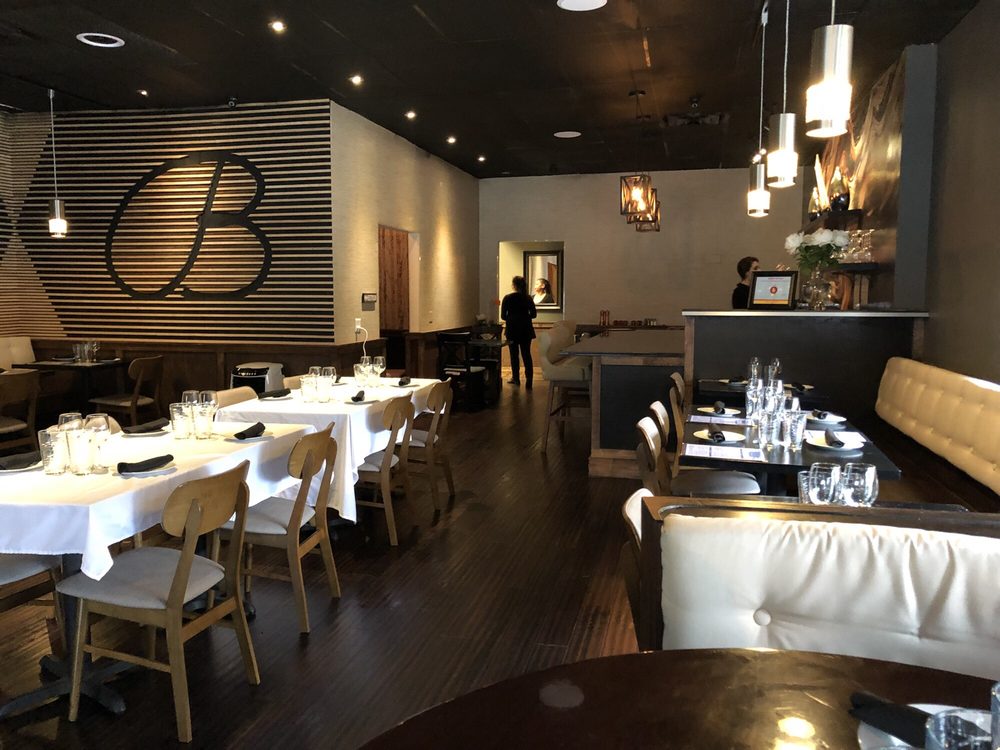 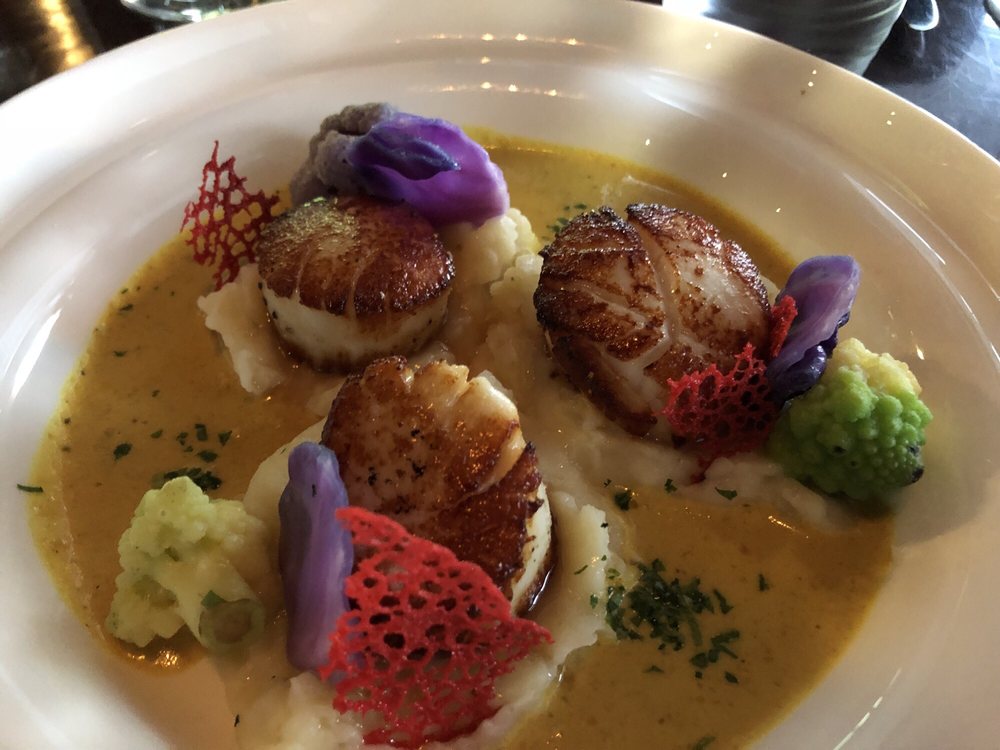 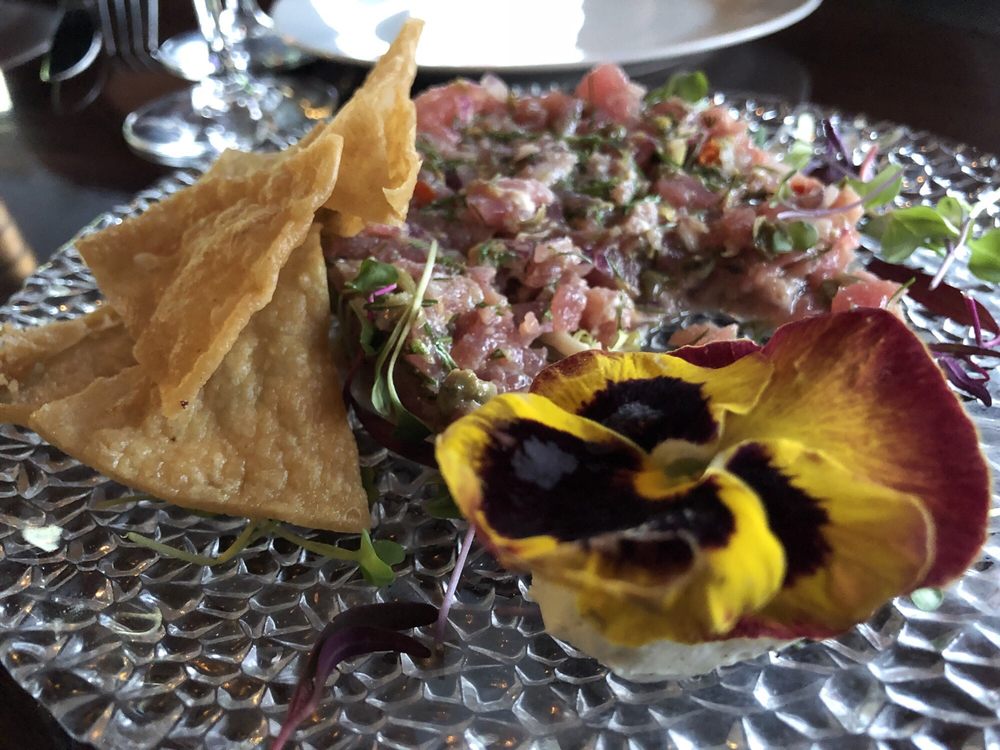 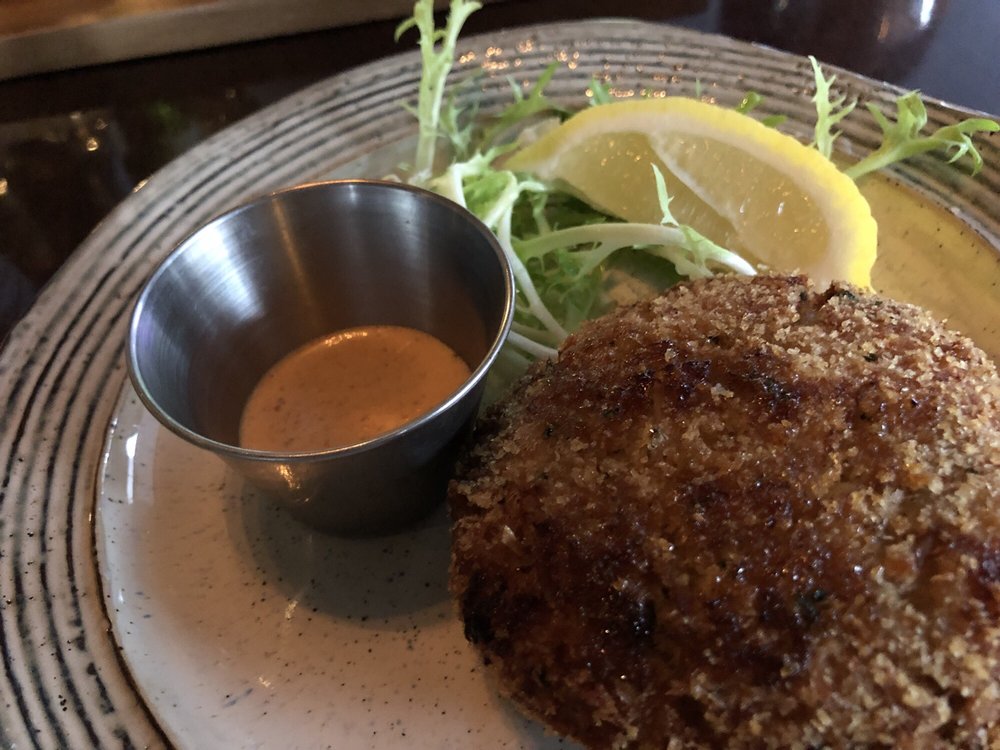 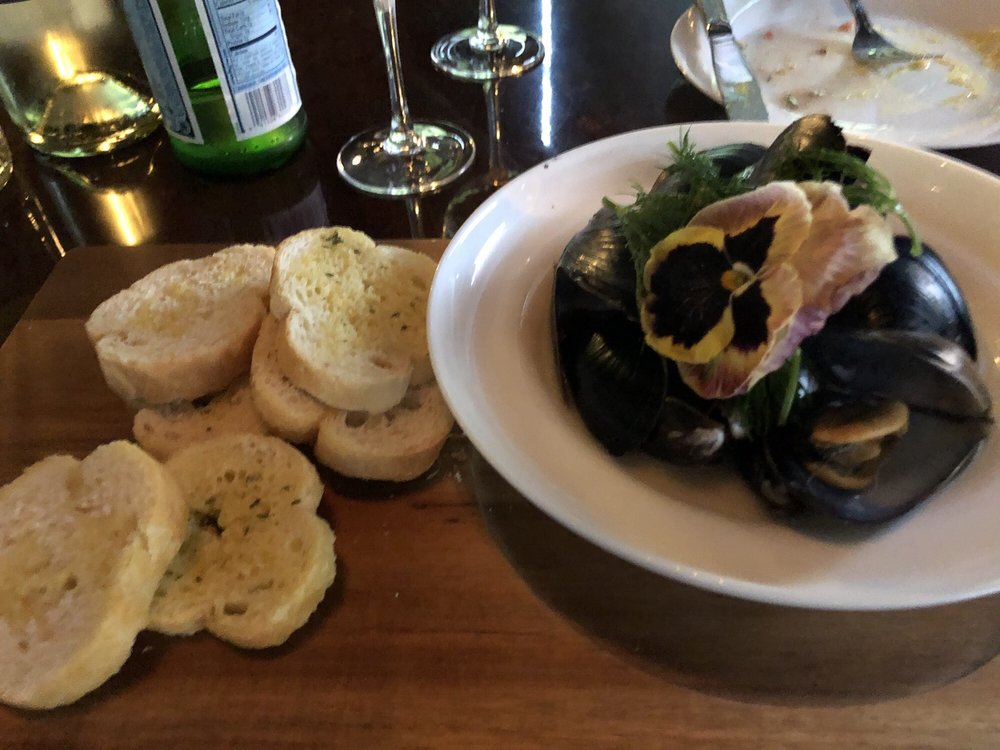 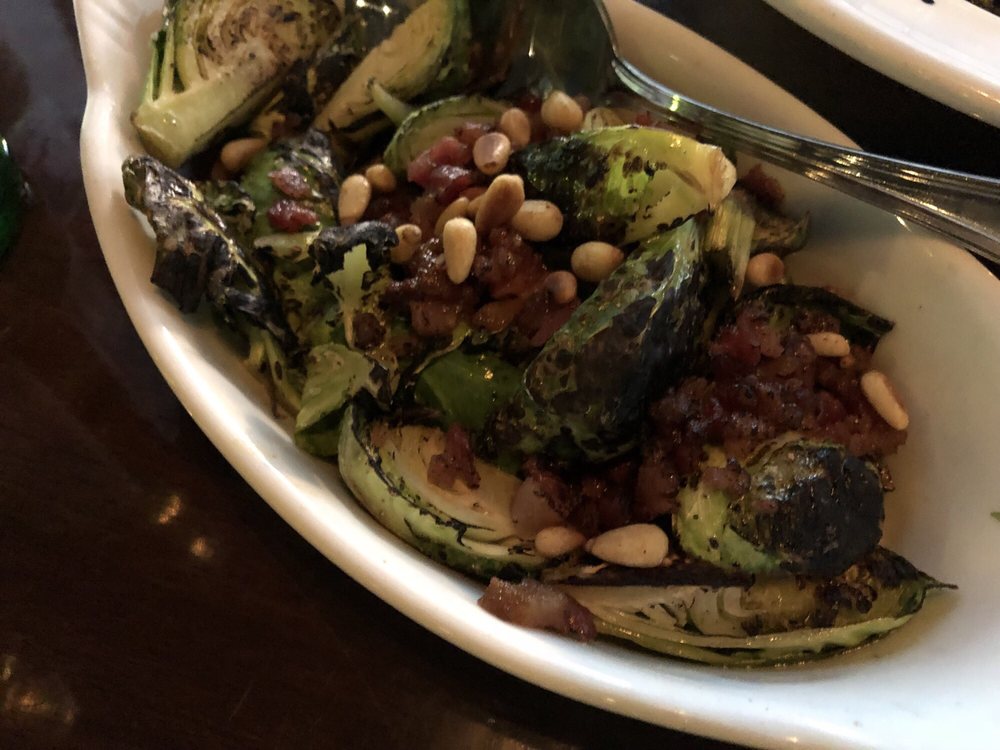 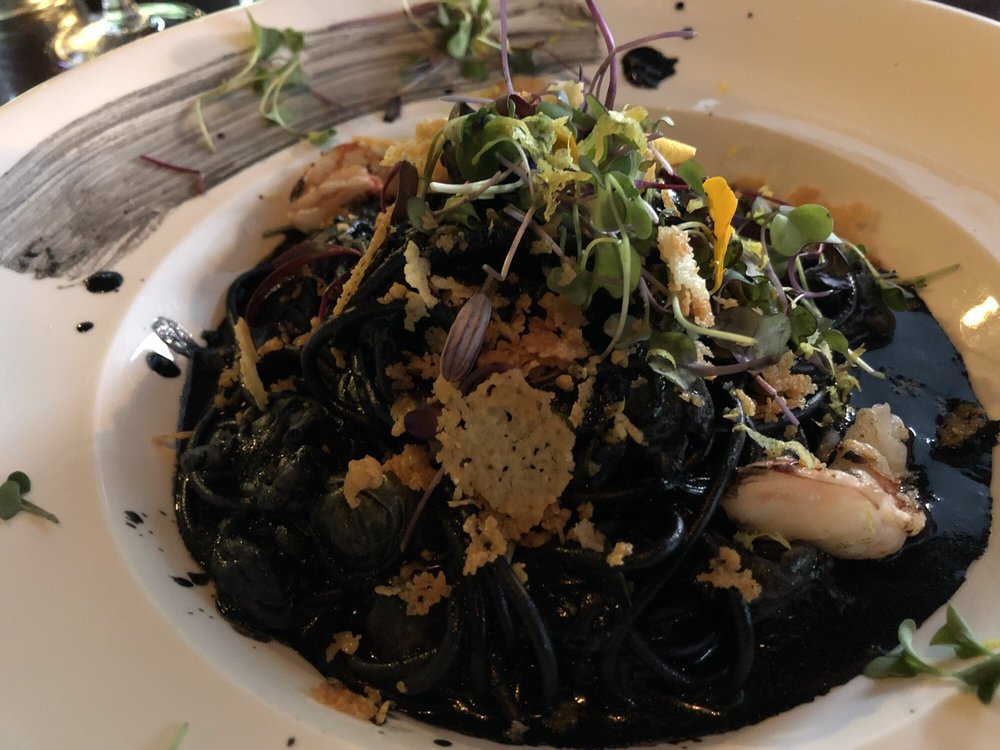 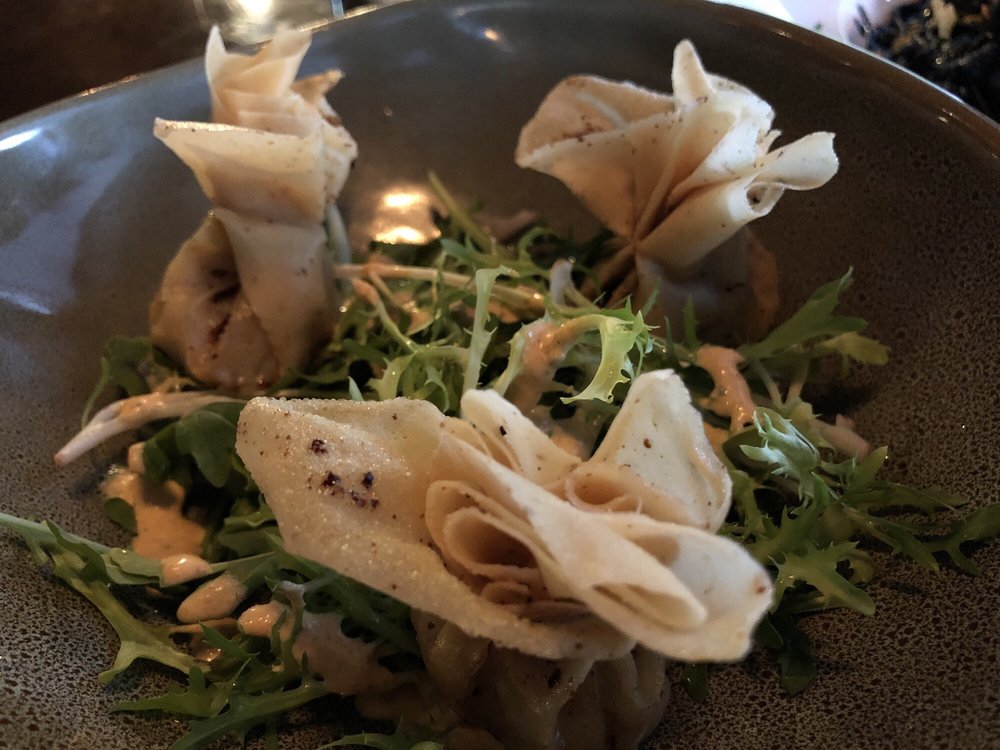 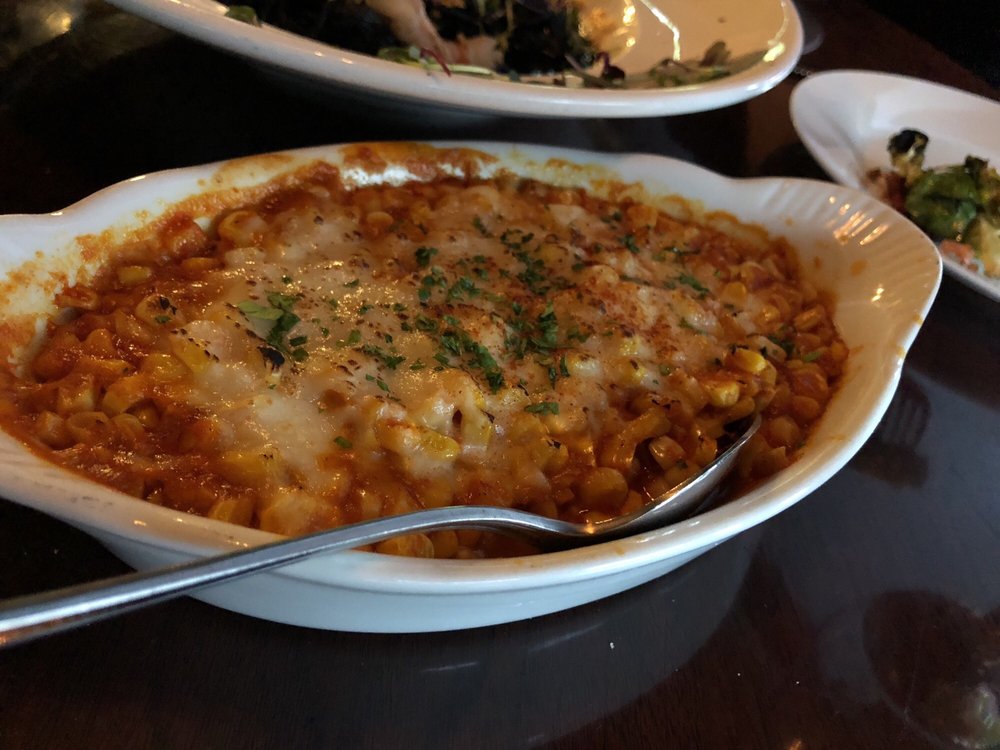 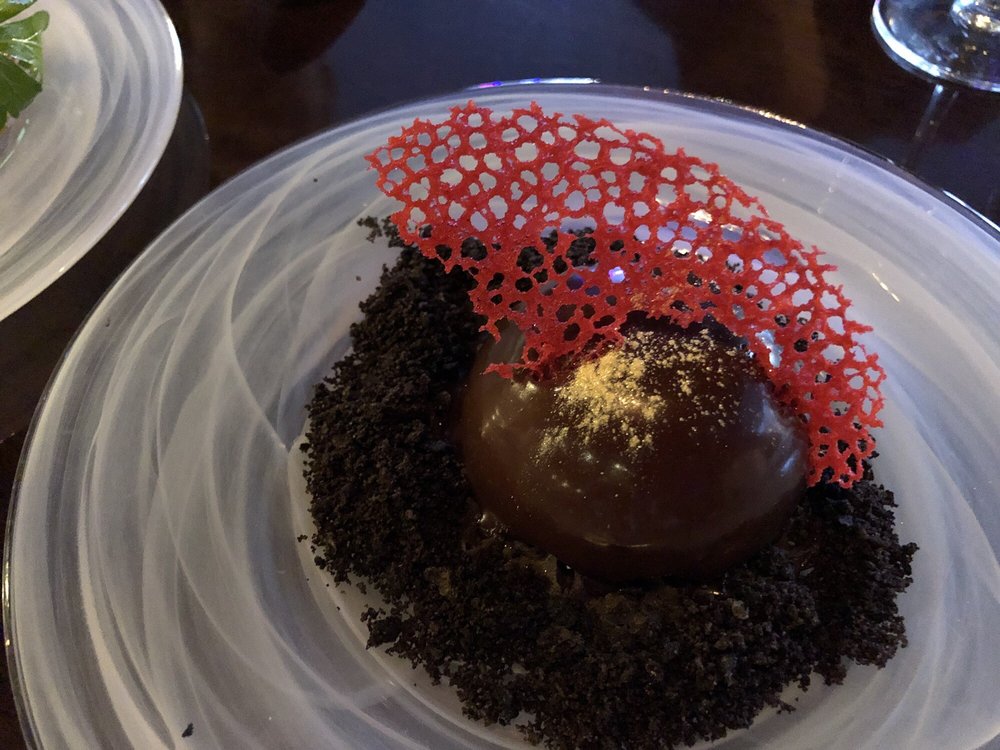 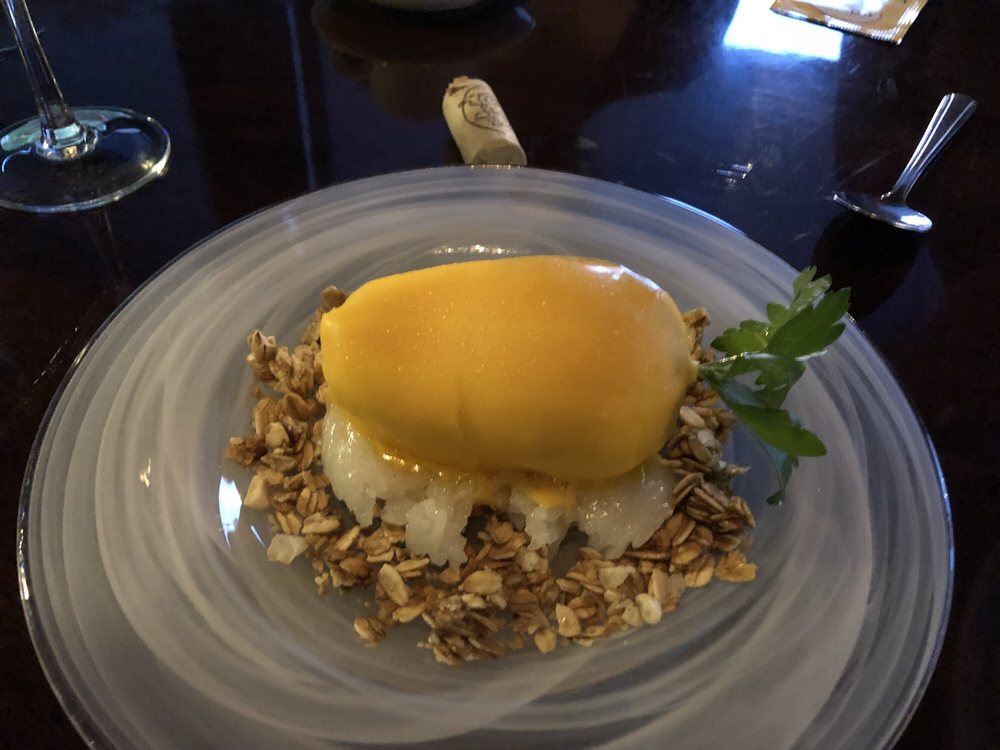 This is a charming small restaurant in a quiet section of Andersonville. It focuses on seafood, with a touch of Thai.

Appetizers are a good way to explore the menu here, and we tried most of them.

By far the best thing we had was the Truffle tuna tar tar. The scent of truffle was certainly there, but the thing that made it outstanding was the complex combination of spicy and citrus flavors and interesting tender and crunchy textures.

Seared scallops in curry were also good, and the crab cake was one of the best I’ve had, with a spicy kick and crusty outside.

Mussels were a disappointment. They seemed fishy, and we didn’t finish them.

Shrimp bombs were probably the most typically Thai dish, with a bite of minced shrimp mixture in a deep fried wanton purse. They were okay, but probably not worth the price for what was essentially three bites.

Squid ink pasta was a very substantial plate of dense, black pasta with rings of calamari. You will look like a goth after eating this dish!

Brussels sprouts was an okay side dish, nothing remarkable about them, and not much of the promised maple syrup flavoring.

Red curry elotes was definitely a Thai-spice-level take on this traditional street corn.

For dessert we finished with the mango mousse and tiramisu. The tiramisu was the better of the two, but wasn’t like what you’re picturing. Instead it is a dome with a chocolate crust encasing Thai iced tea flavored mousse.

Service was good, particularly considering that our server and her trainee were handling the entire restaurant.

Note that it is BYOB, and the liquor store across the street has incredibly poor taste in wine. Best to bring your own.