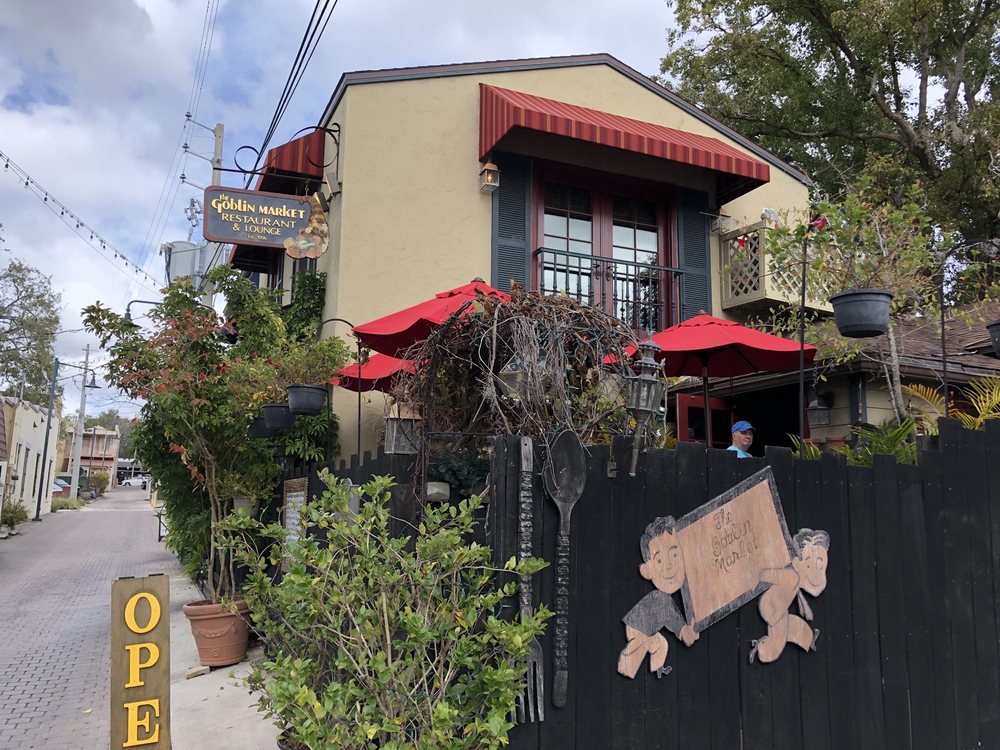 I’ve been going here for over twenty years, and it just keeps getting better.

First off, there isn’t a restaurant in Central Florida with better atmosphere. The place is divided up into a collection of amazingly cute and cozy rooms, each with the feel of a private library.

The food is great, too. I’ve only been at lunchtime, when you can’t go wrong with any of the sandwich choices. I’m not much of a wrap fan, but I love the ones here. And for something less healthful try the grilled cheese. Their fries are good, but the homemade potato chips are even better.

Service is friendly and attentive.

In case you’re wondering about the name Goblin Market, do a Google search for the poem by Christina Rossetti. 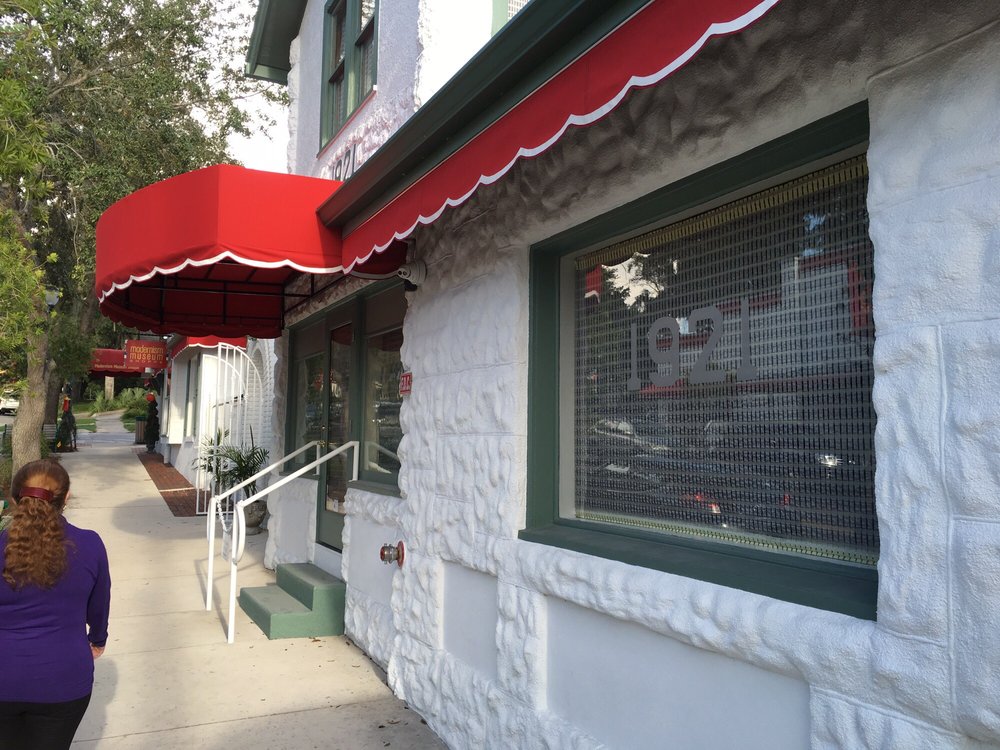 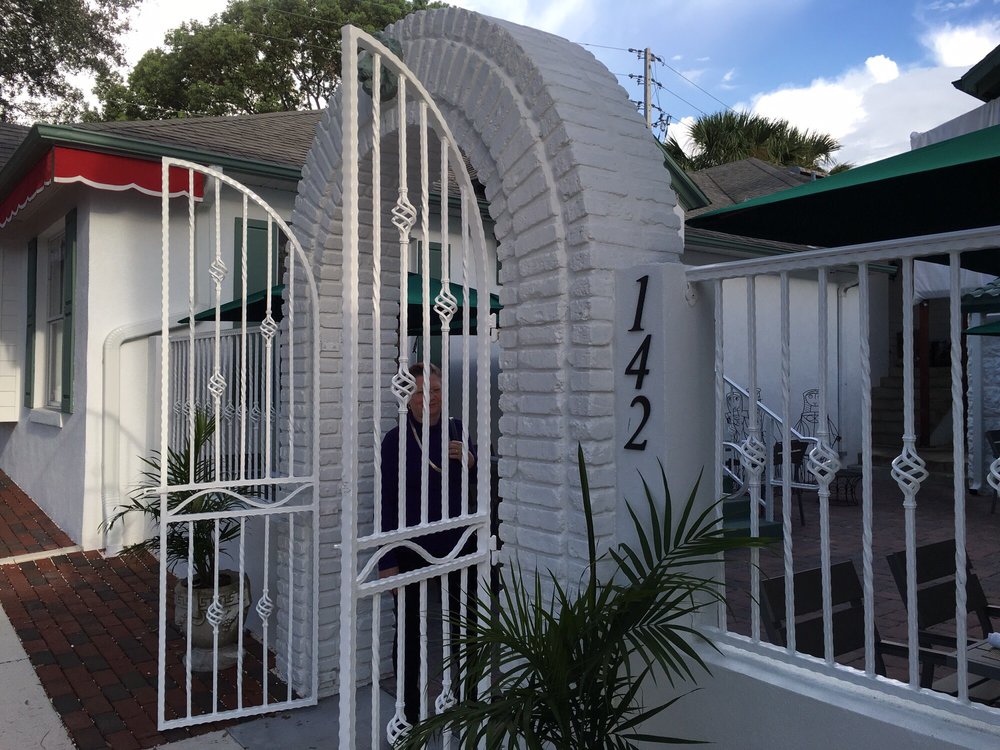 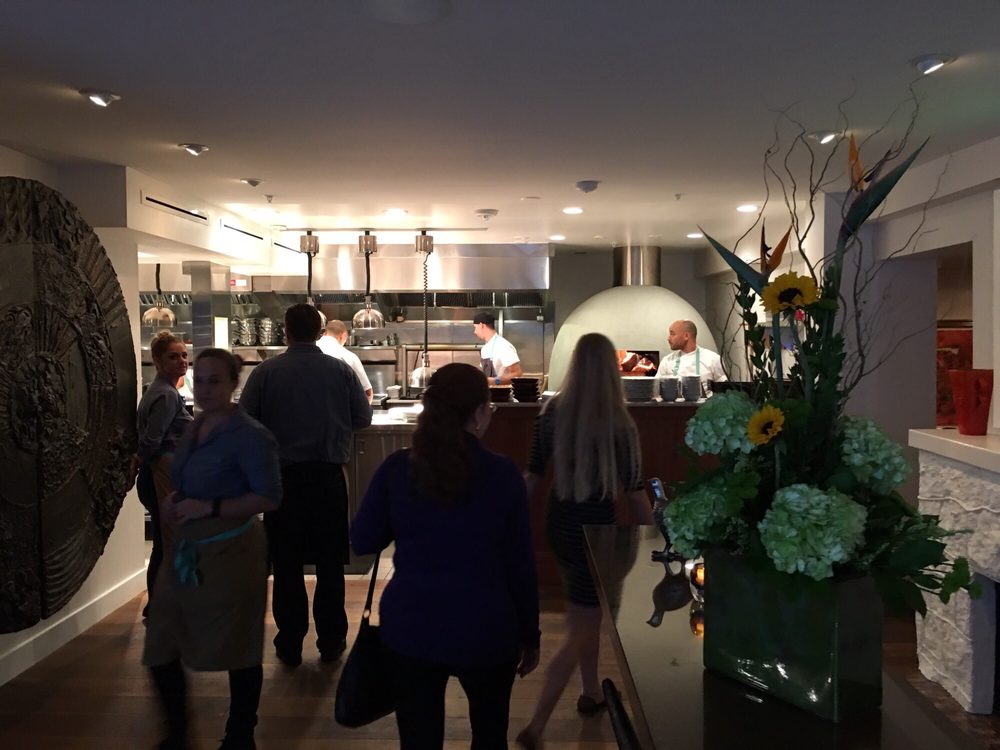 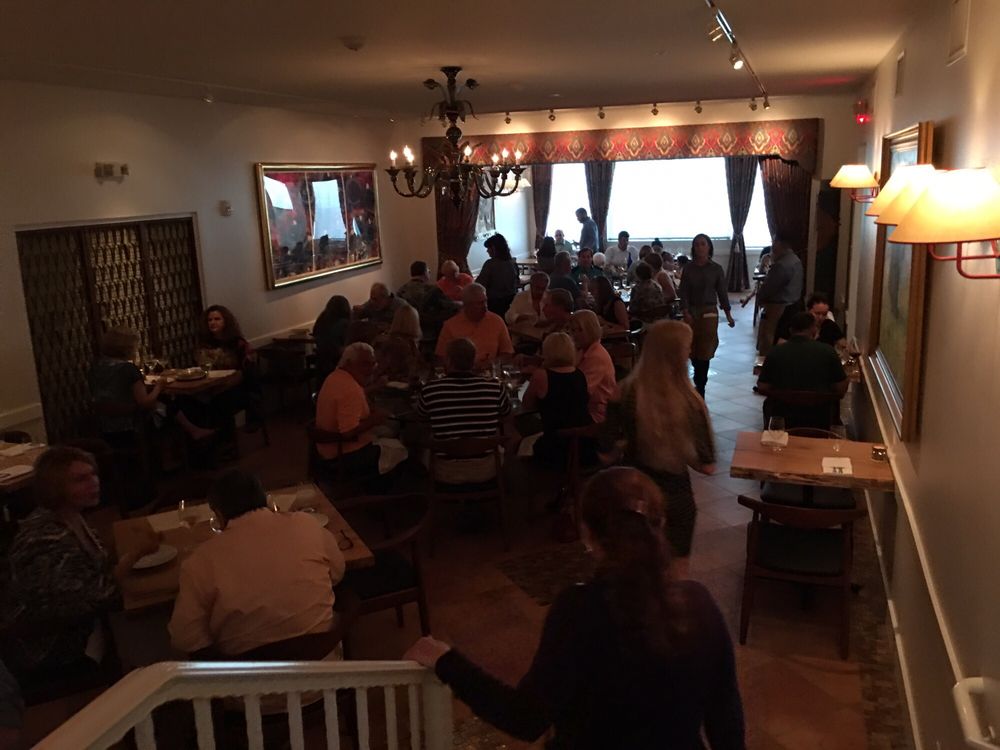 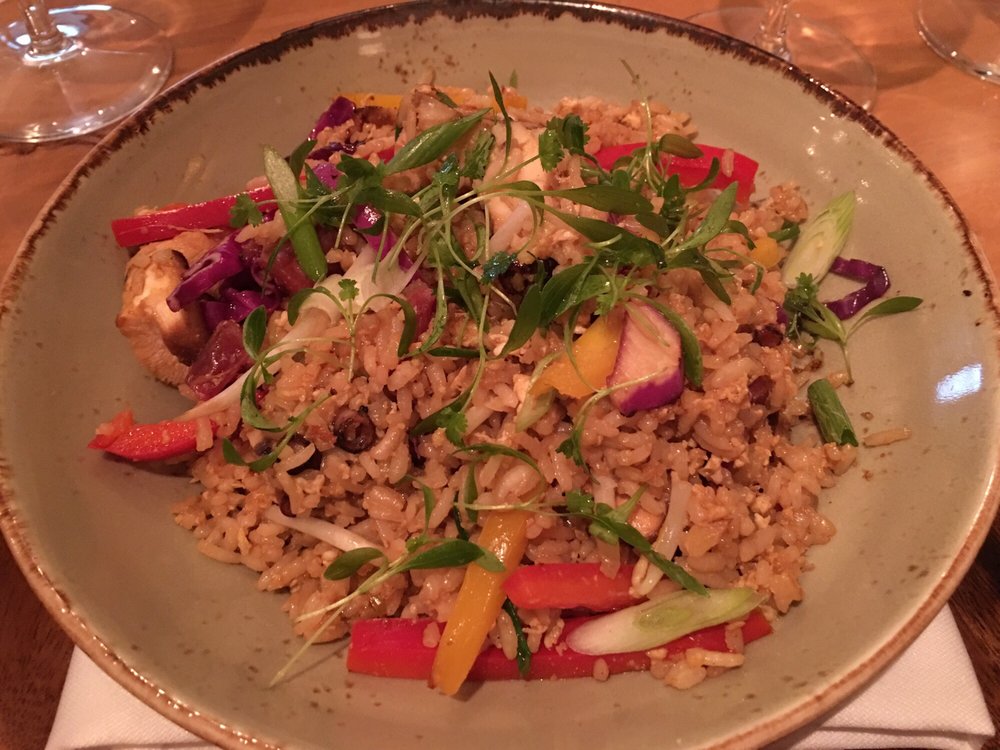 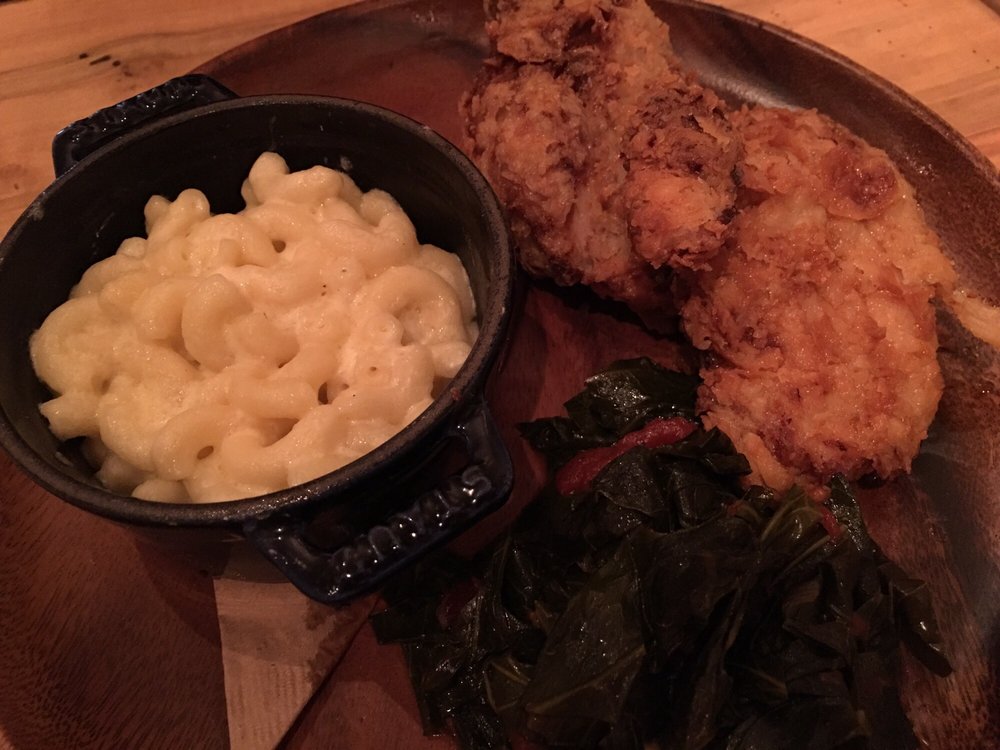 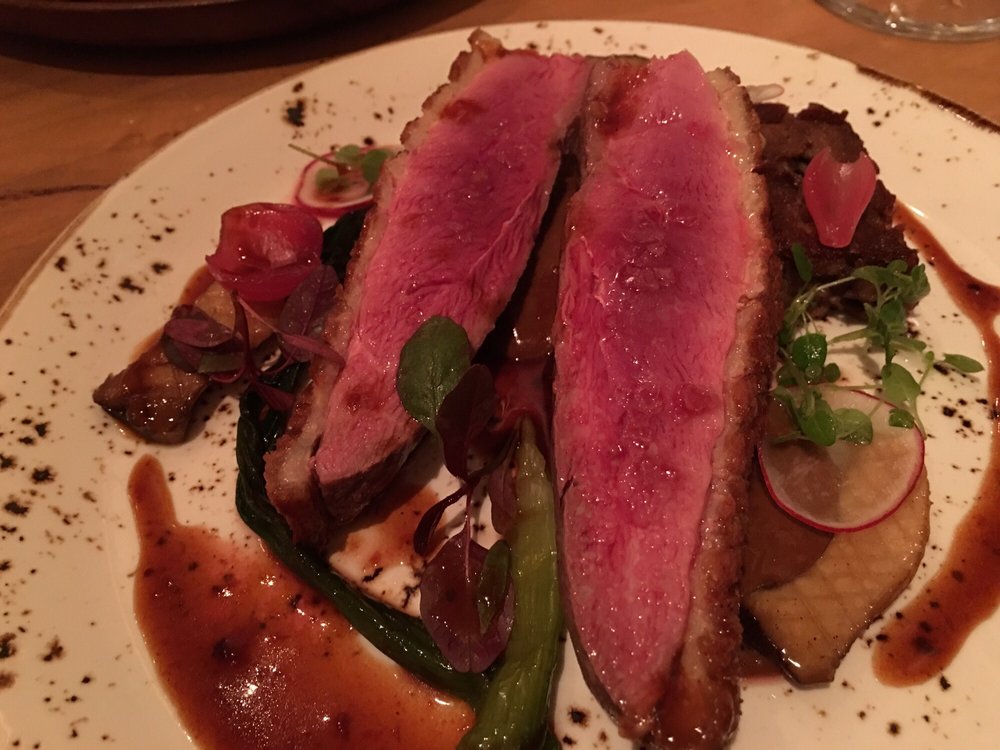 The challenge a new restaurant faces is threefold: providing good food, good service, and attracting customers. 1921 has succeeded on two out of three.

The customers are no problem. Open only a week or two, the restaurant was packed when we visited. Unfortunately, although the decor is beautiful, it didn’t include acoustic treatment, so the dining room was at a deafening level–enough that my companion and I had to keep repeating ourselves, even though we were at a small table for two.

The food also passes muster. I’ve never been a huge fan of Norman’s at the Ritz Carlton, but I thought three of the dishes we had here were better than anything I’ve ever had there.

The Caesar salad was enlivened by some lemon zest, a trick I will try at home.

Chaufa “Aeropuerto” was an Asian-influenced fried rice dish with grilled octopus and sausage. The octopus and sausage were just okay, but the rice flavors were wonderful. This is a large starter, but would make an excellent side dish.

The fried cornish game hen was excellent, like a wonderful fried chicken, and served with good collard greens and mac and cheese.

The only miss was the duck breast that our waiter highly recommended. It looked unappetizing, and the “mole” sauce bore no relationship to a true mole, overpowered by odd tasting herbs.

The third aspect of a good restaurant is the service staff, and the place was certainly heavily staffed. But our waiter was in way over his head. Upon taking our order he told us he’d “try to get the wine out as soon as he could,” as if this required some Herculean effort. Apparently it did, as it didn’t arrive until we were almost done with our first course. Someone should also mention to him that you present the bottle before opening it, and you don’t fill the wine glasses to the brim to save yourself a trip later. And had we not anticipated his failure to pace the meal, I’m pretty sure our entrees would have arrived before we’d even finished that course.

Management seemed involved, so perhaps this will be corrected as they adjust staff levels.

Overall I’d say that if you’re in the area and want good food, 1921 is worth a try, as long as you don’t plan on having a conversation during dinner. 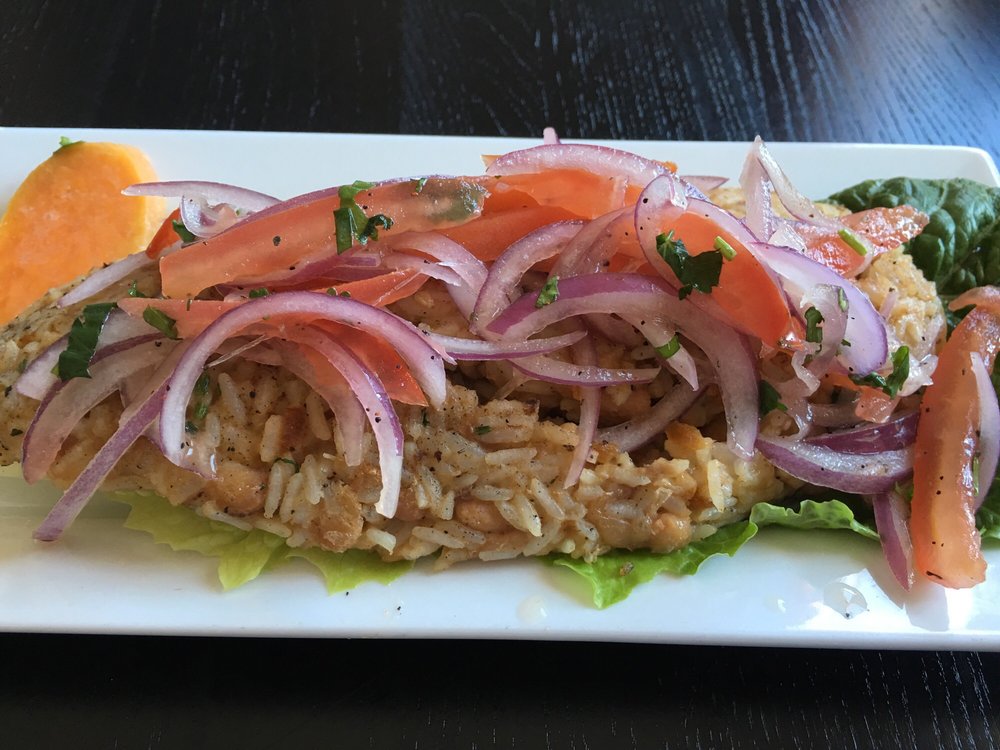 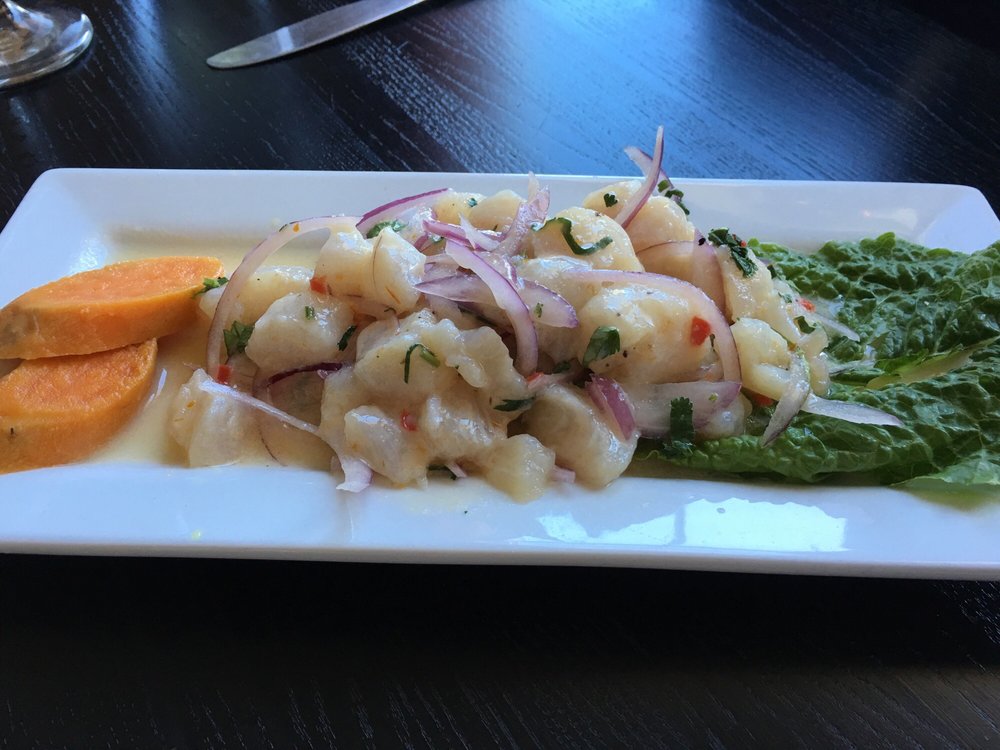 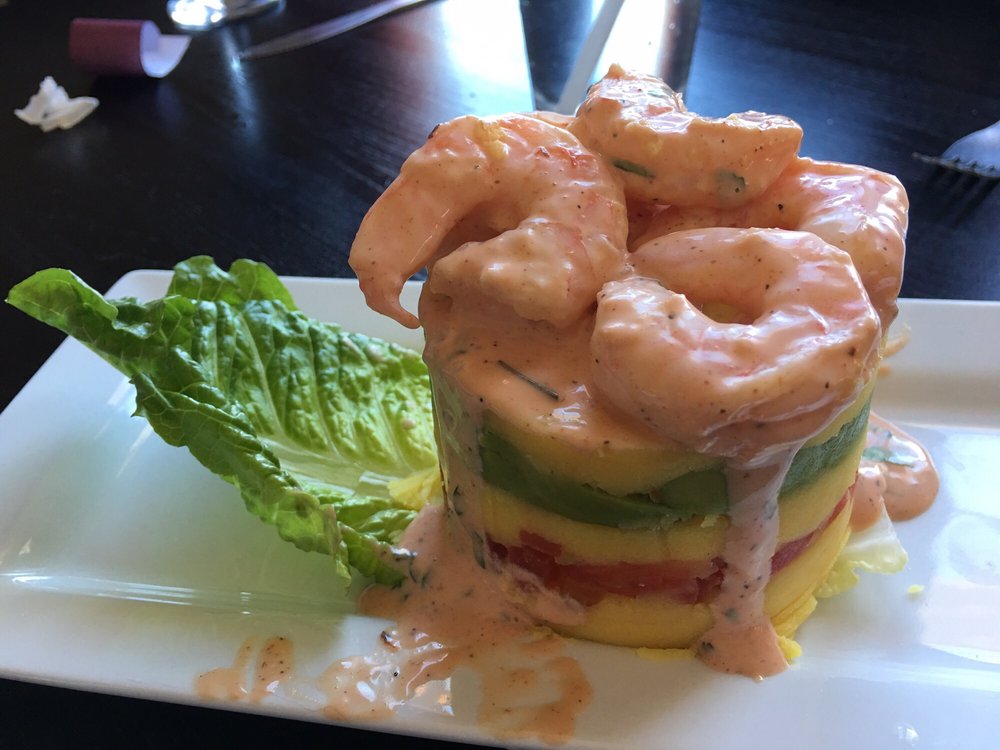 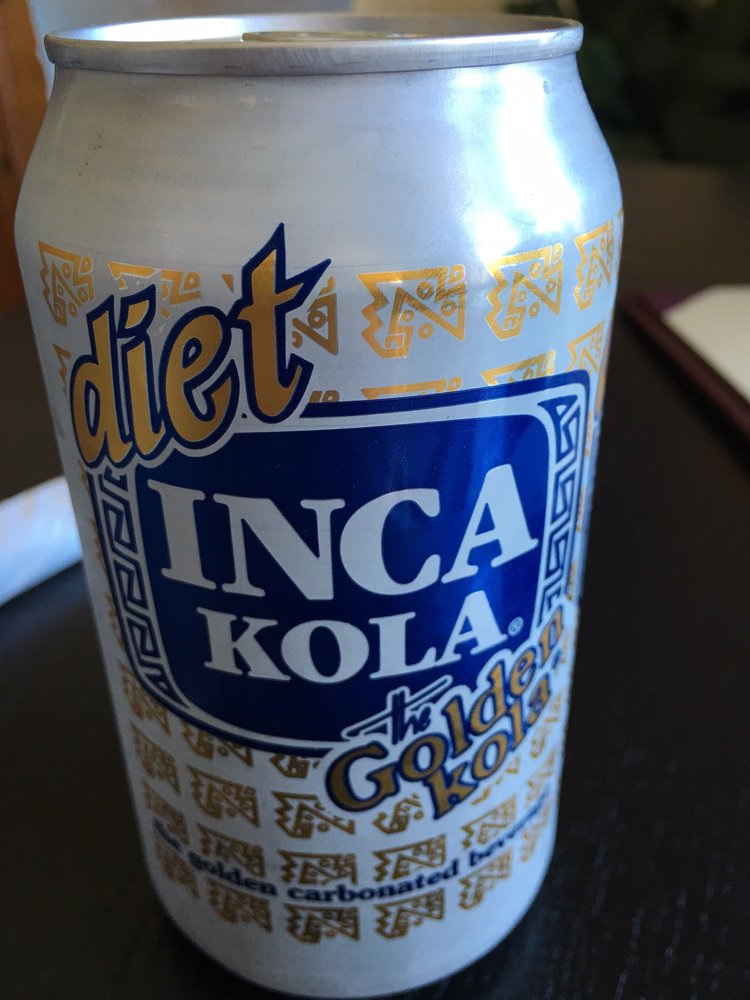 This is not an easy place to find. It’s inside the Renaissance building, on the second floor, and the only obvious signage is a temporary sign on the sidewalk behind the building, and another at the base of the stairs inside.

But it’s worth the effort to locate it. We were personally greeted by the owner and immediately made to feel welcome as he explained the menu.

We started with the Causa De Roca, an attractive stack of seasoned mashed potatoes mixed with yellow peppers, layered with tomato and avocado, and topped with Shrimp and a sauce made of mayonnaise and ketchup with blackened seasoning, lime and cilantro. It was delicious.

It seemed only logical to order the lunch dish called Mr. Cebiche, and that was a good move. The mixture of white fish “cooked” in lime juice was served ice cold, and my wife declared it the best ceviche she’s had outside of Peru.

My lunch was also good, the Tacu Tacu, consisting of Stir-Fried Rice with Beans topped with onions and tomatoes marinated in lime juice.

The interior of the restaurant is charming, and very clean. Many of the tables have a nice view of the shopping street below. It can be a challenge to park in Mount Dora, but there is a well-disguised public parking structure two blocks to the south.