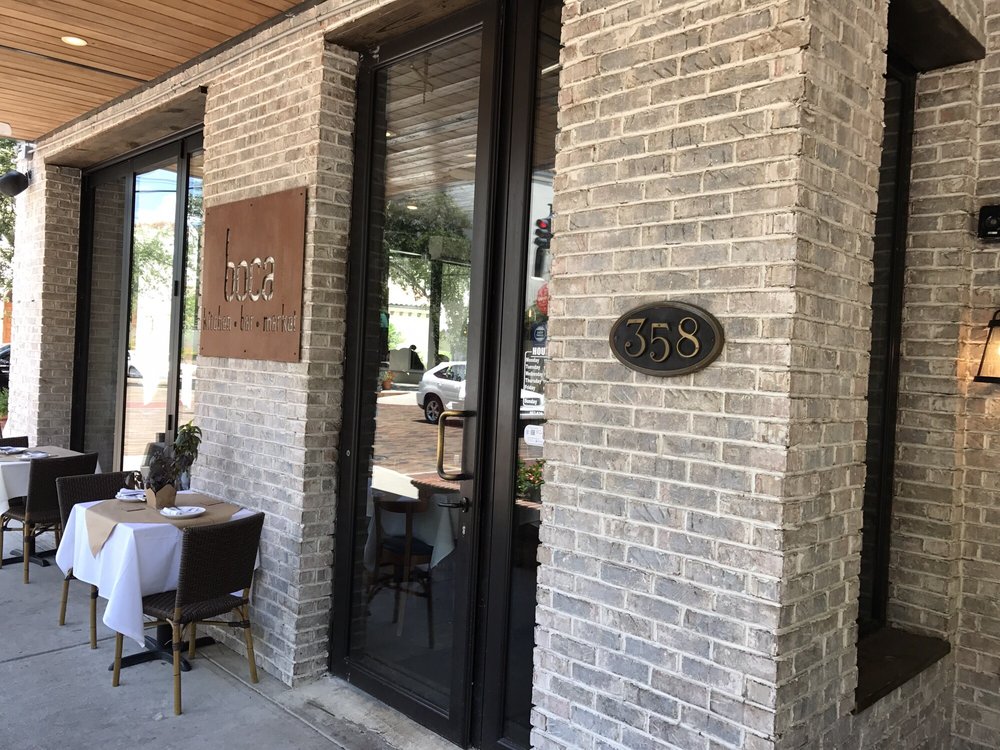 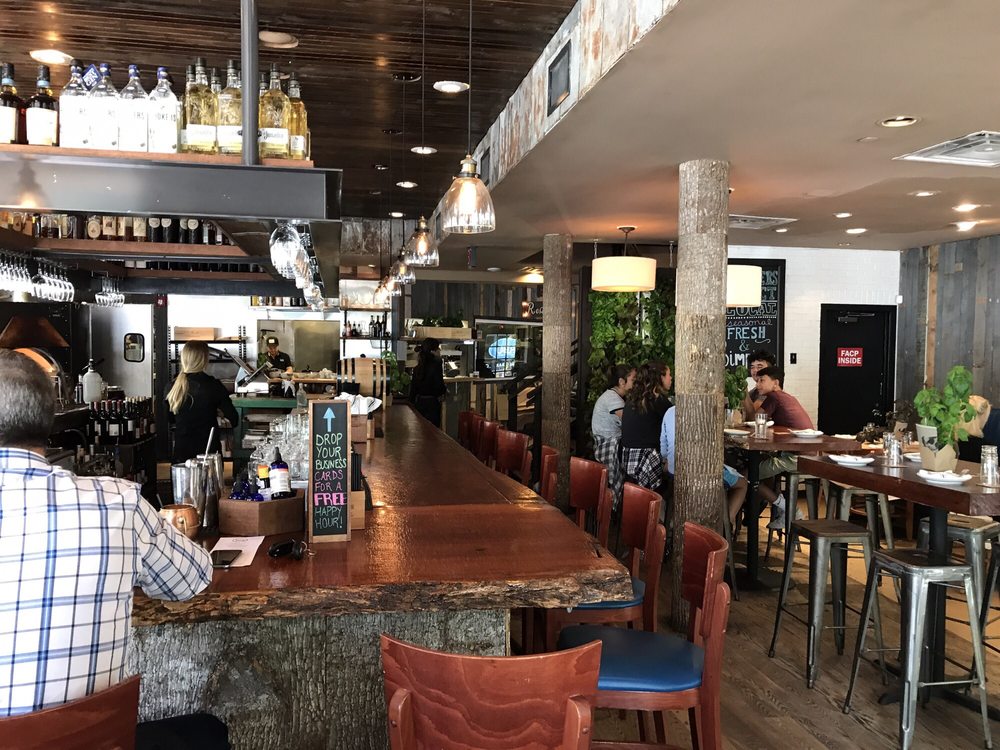 I used to think this space was cursed, because of the long succession of unsuccessful restaurants that occupied it. But it turns out it wasn’t the space, it was the restaurants that were the problem. Boca is packed every day, and with good reason.

The food and service are both top notch. We had the day’s lunch special, a blackened amberjack sandwich. The amberjack was a thick piece, perfectly cooked. The accompanying mango slaw was a bit sweet for my taste, but with just a little on the sandwich it was perfect.

Rather than fries we asked for the mixed vegetables which had been sauteed and had a delightful smokey flavor.

Boca is one of the best bets for lunch on Park Avenue. 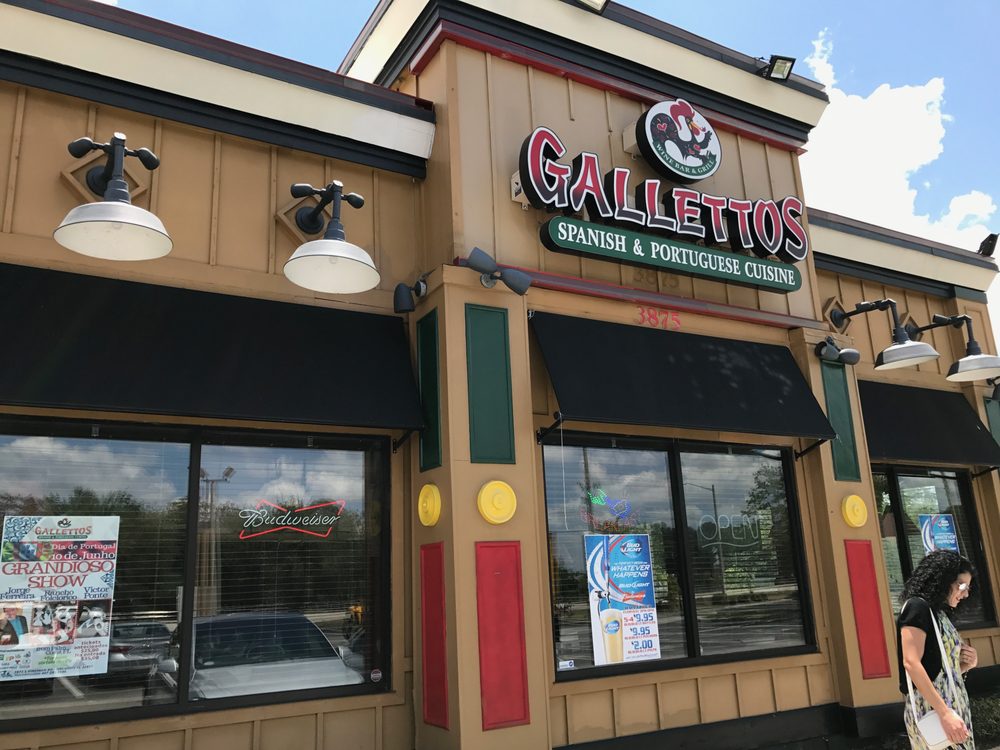 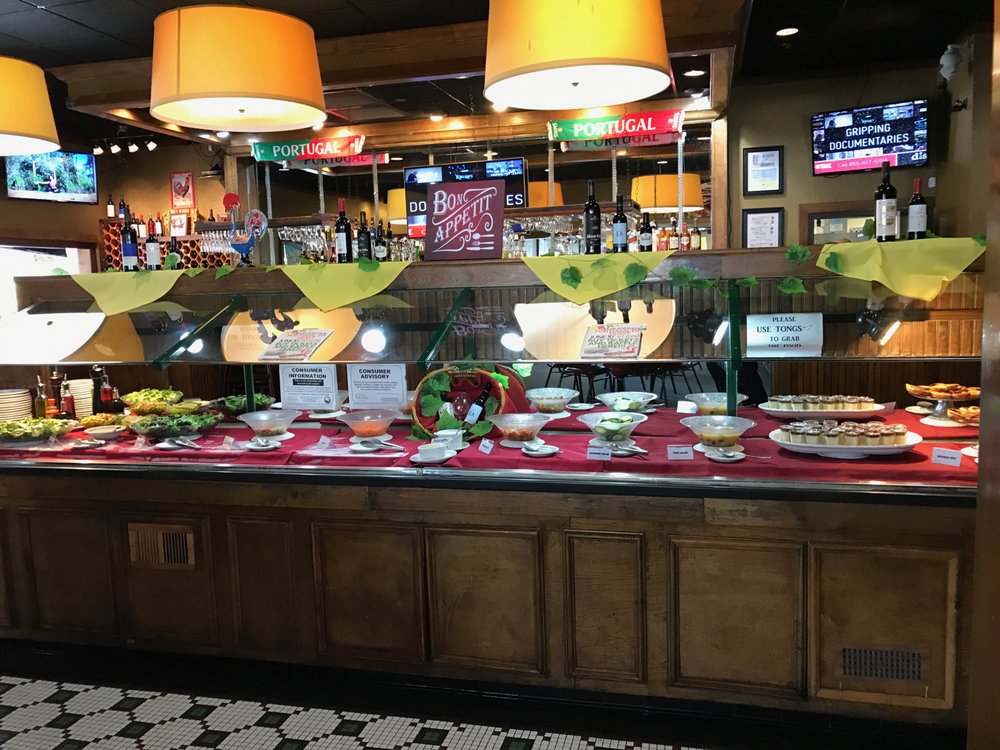 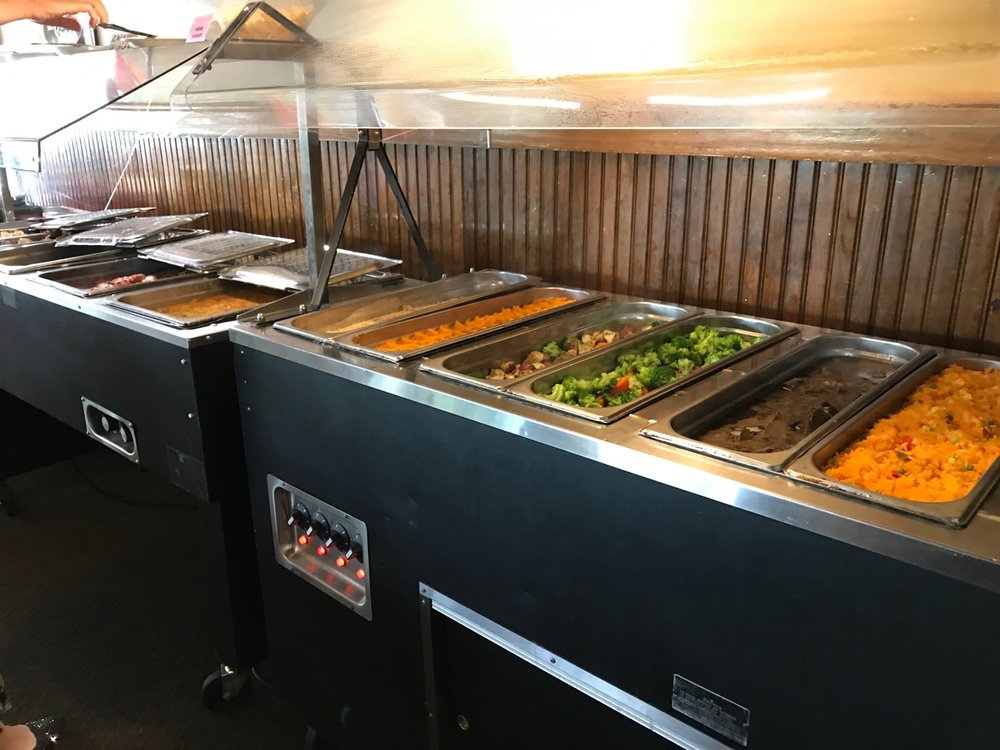 Gallettos offers a well-tended buffet at lunch time. While the food on the menu is Spanish and Portuguese, there was little evidence of this on the buffet. I’m pretty sure neither stroganoff or Chicken Milanese are from either of those countries!

The salad bar is somewhat limited by has very fresh ingredients for making a Caesar salad or a simple green salad. There are several soups available, too.

The main course buffet offerings are more extensive, wth two types of rice, two types of beans and several types of chicken. There were also ribs.

There were also a couple of dessert offerings.

The price of lunch was a very reasonable $9.95.

Everyone working there was friendly and attentive, but there were more employees than diners on the day we went. I would have liked to try the Portuguese specialties from the menu, but many were over $23, which was too much for lunch time. Perhaps I’ll go back for dinner. 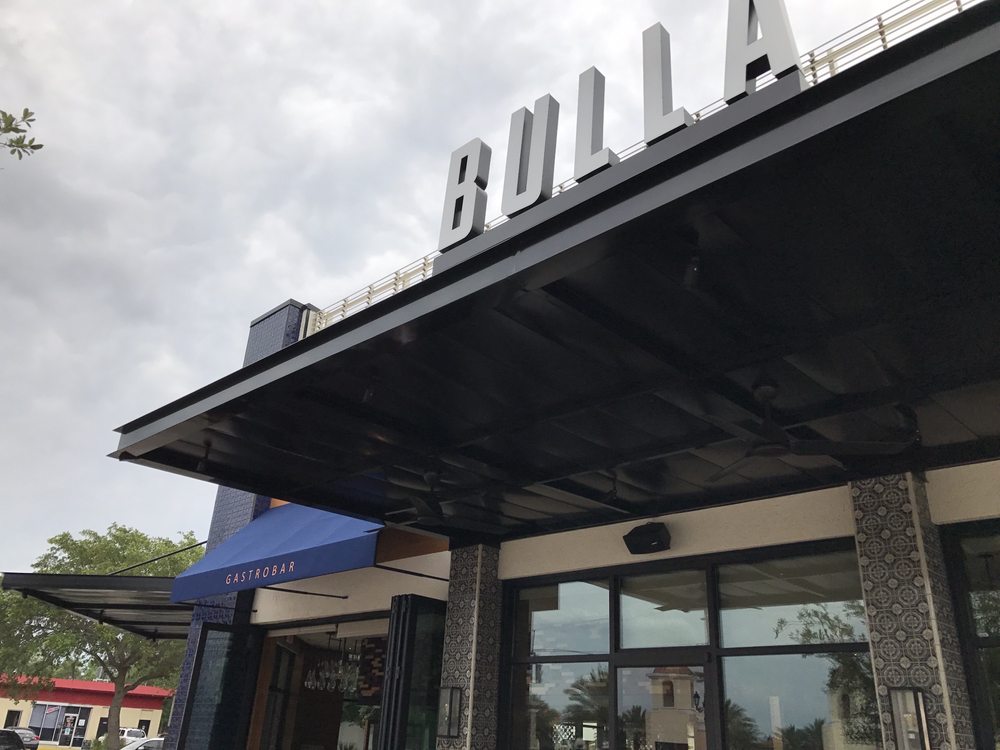 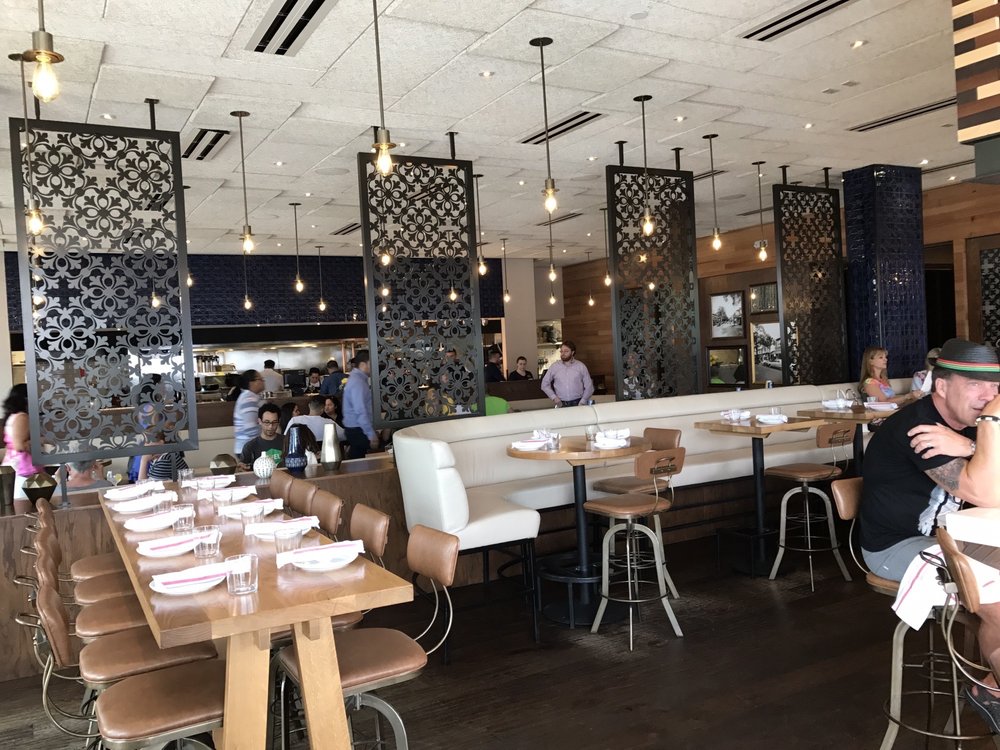 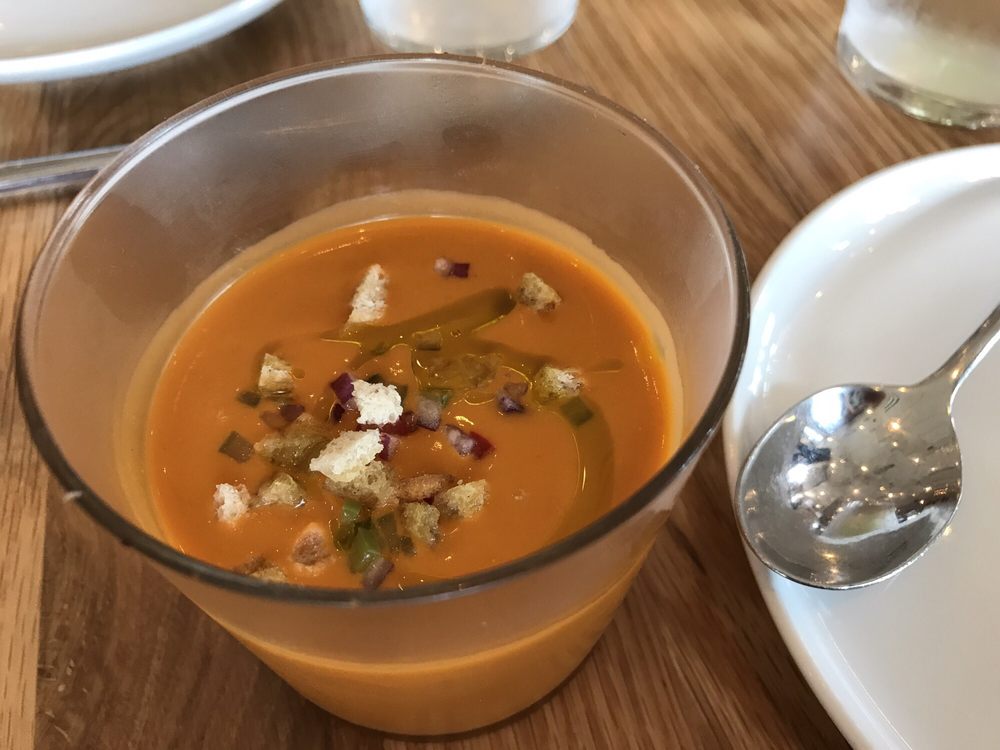 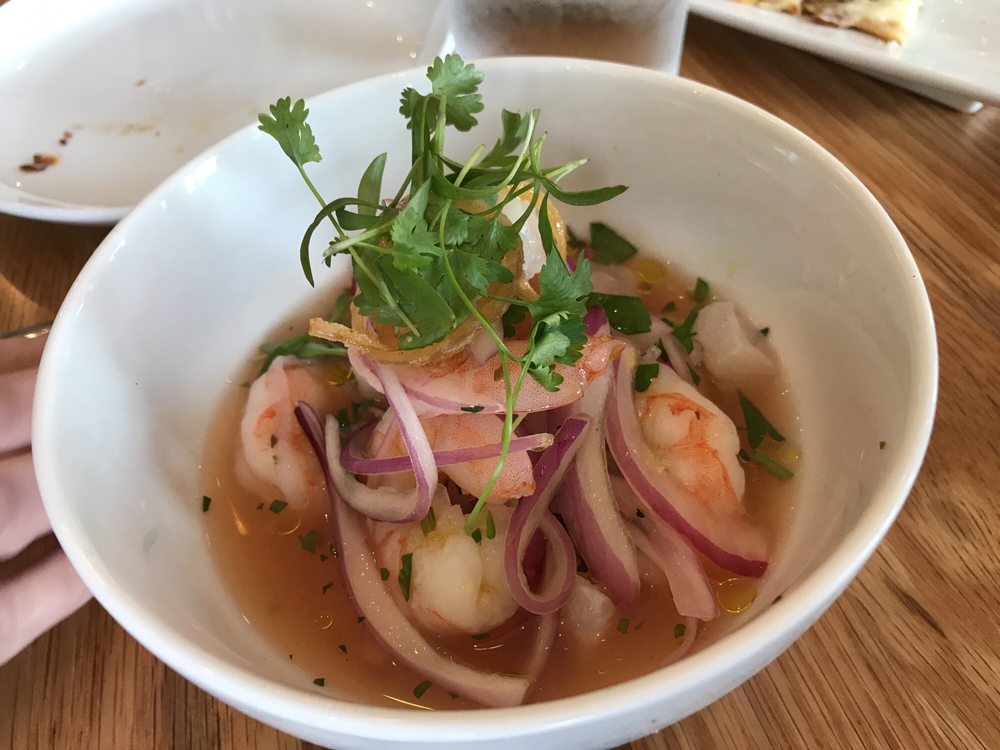 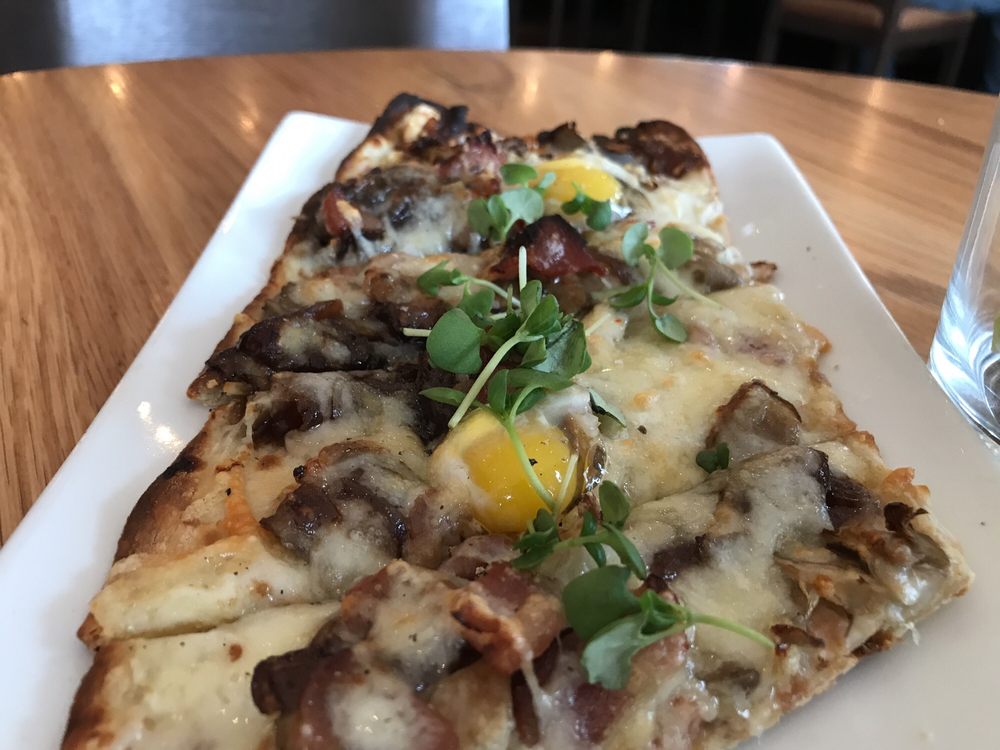 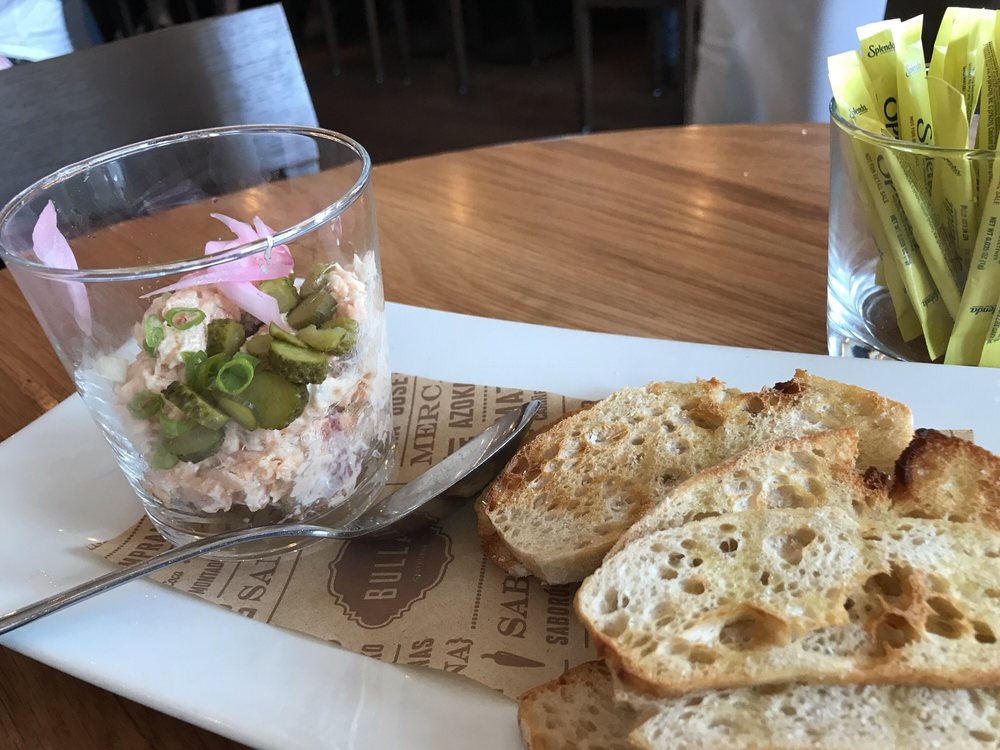 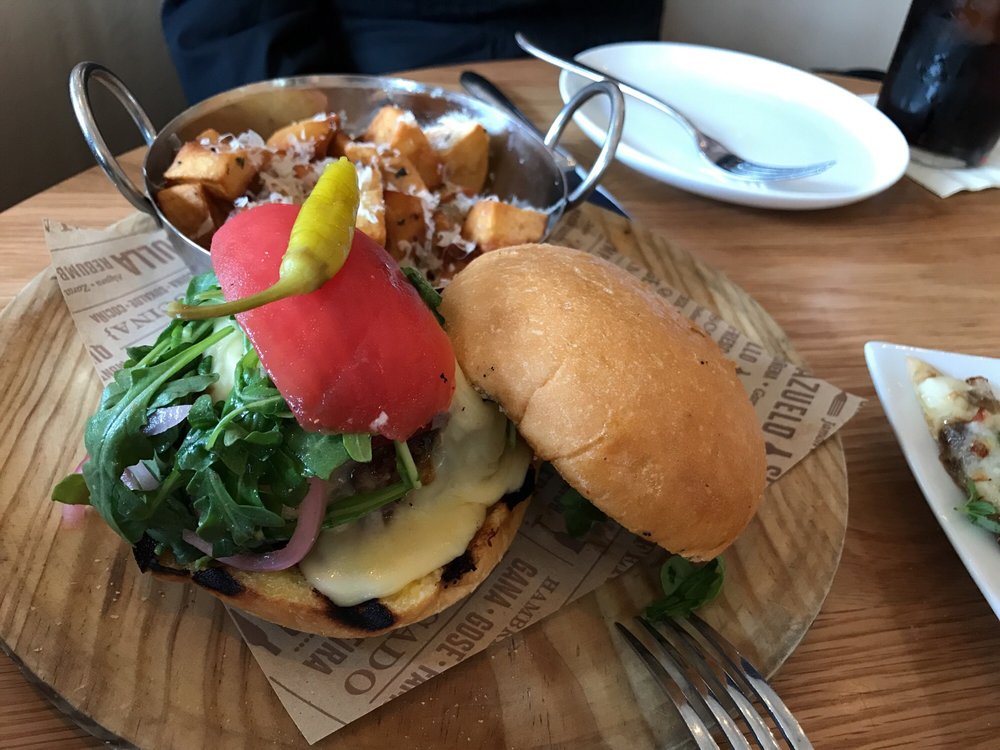 I love the interior design of this place, which has cool lighting and excellent acoustics. It is a Spanish tapas restaurant, but at least at brunch I found the selections to be more modern American that authentic Spanish tapas.

My companion had the gazpacho, which was excellent, although unusual in that it seemed to include cream. She also had the ceviche, which included a very generous portion of cooked shrimp, but wasn’t really what she was looking for in an authentic Spanish ceviche.

I had the brunch, which allows you to choose three plates for $27. While that might sound steep, they are very large servings and quite shareable.

I had the flatbread with Mahón cheese, sunny side up quail eggs, caramelized onions, oyster mushrooms and bacon. It was one of the best flatbreads I’ve had, with a thin, crisp crust, charred around the edges, and the eggs and bacon perfectly cooked. The sweetness of the caramelized onions went perfectly with the savoriness of the other ingredients.

My second plate was supposed to be the salmon crostini, slices of salmon on crostini. Due to confusion in the kitchen (or a mistake our waiter was unwilling to admit to) they actually brought me the Salmon Rillettes, which was a spread. It’s actually not a selection on the brunch tasting menu, but I liked it fine, despite my confusion.

My third plate was the least successful. The Bulla Burger was a generous serviing of 45 day dry-aged beef, topped by cheese, sauteed onions and a single pepper. The meat was, in fact far too generous, more of a baseball than a patty. As a result the “medium” I ordered ended up charred on the outside but completely raw throughout the middle. I also felt the burger needed some condiments, as the ingredients didn’t really have that much flavor. However at this point I’d had so much food it didn’t really matter that this course went largely uneaten. I will say the accompanying “truffle fries” (which were actually rosemary flavored diced potatoes) were well cooked and tasty.

I’m not a big brunch fan, so I appreciated the wide varieties of non-brunchy offerings at Bulla. Service was friendly, and I’d definitely go back. 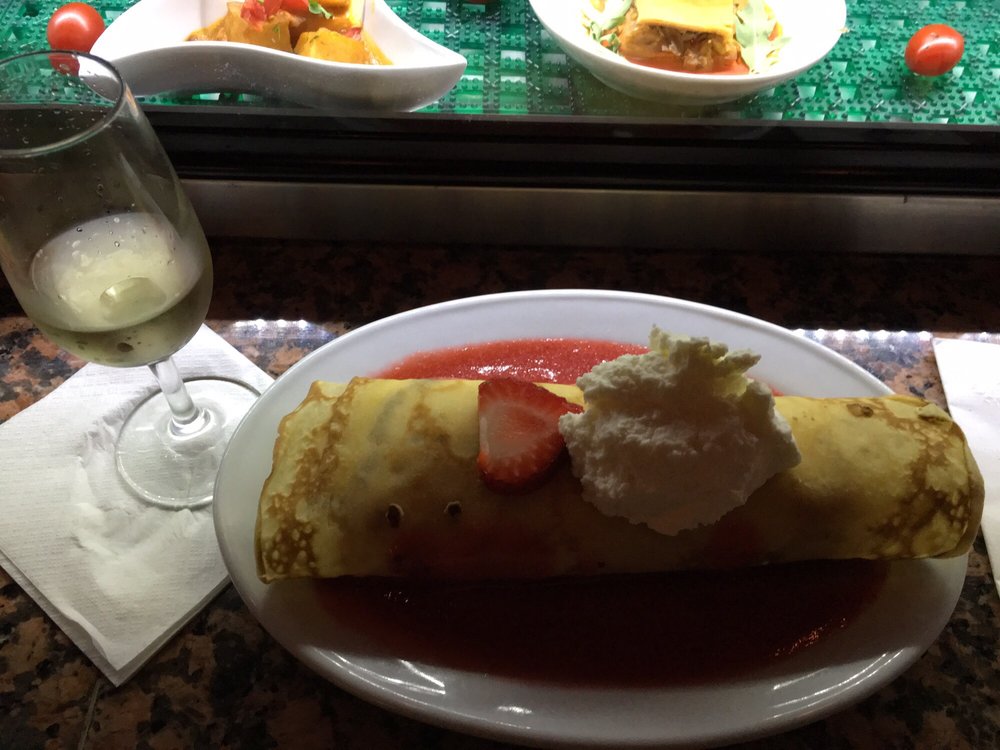 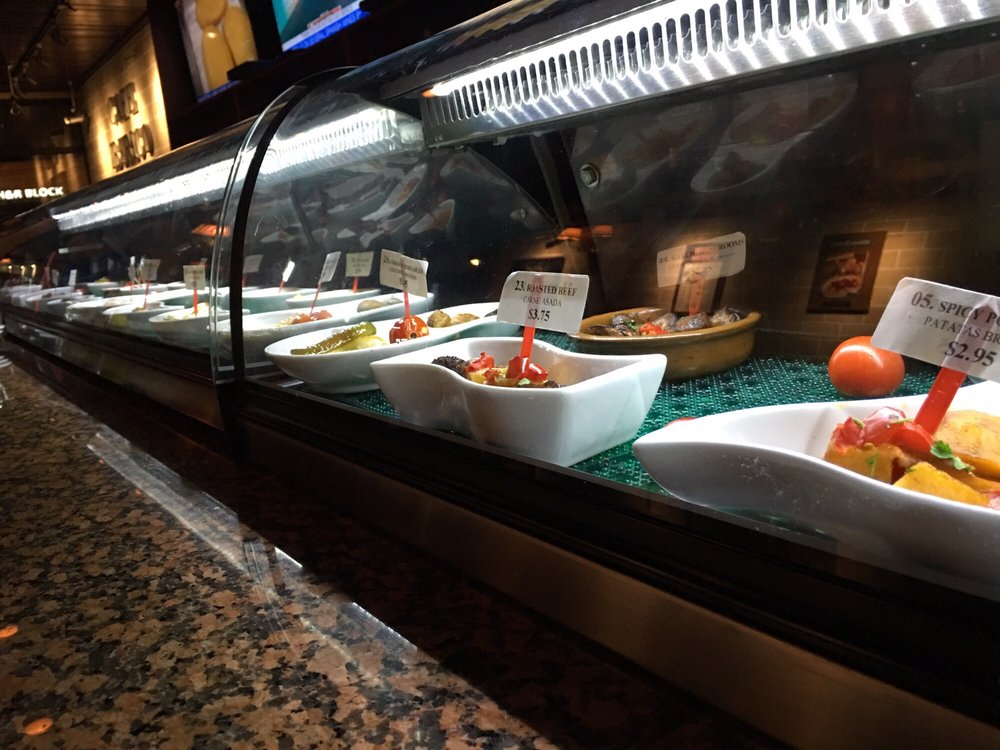 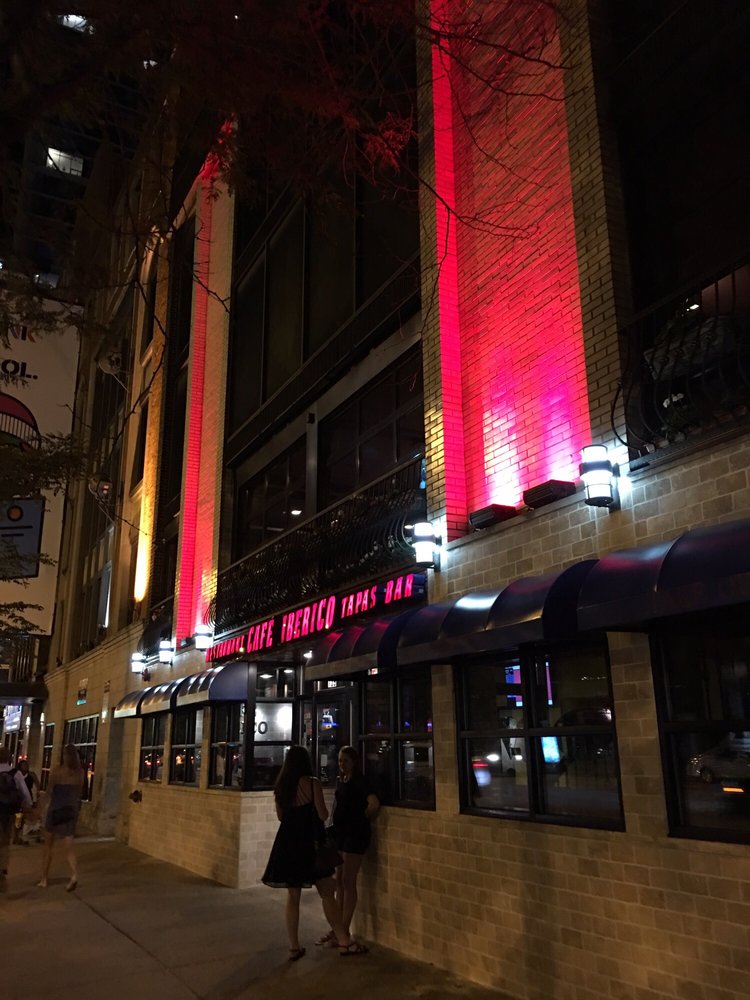 This bustling tapas restaurant serves classic Spanish tapas in a rather brightly lit and loud dining room. Ironically enough, the bar is much quieter and more pleasant. In addition to the extensive list of rather large tapas items on the menu, there are smaller tasting size plates displayed in the cases that line the top of the bar. There’s also a fairly extensive list of wines and fino by the glass or bottle. Service is efficient but busy. 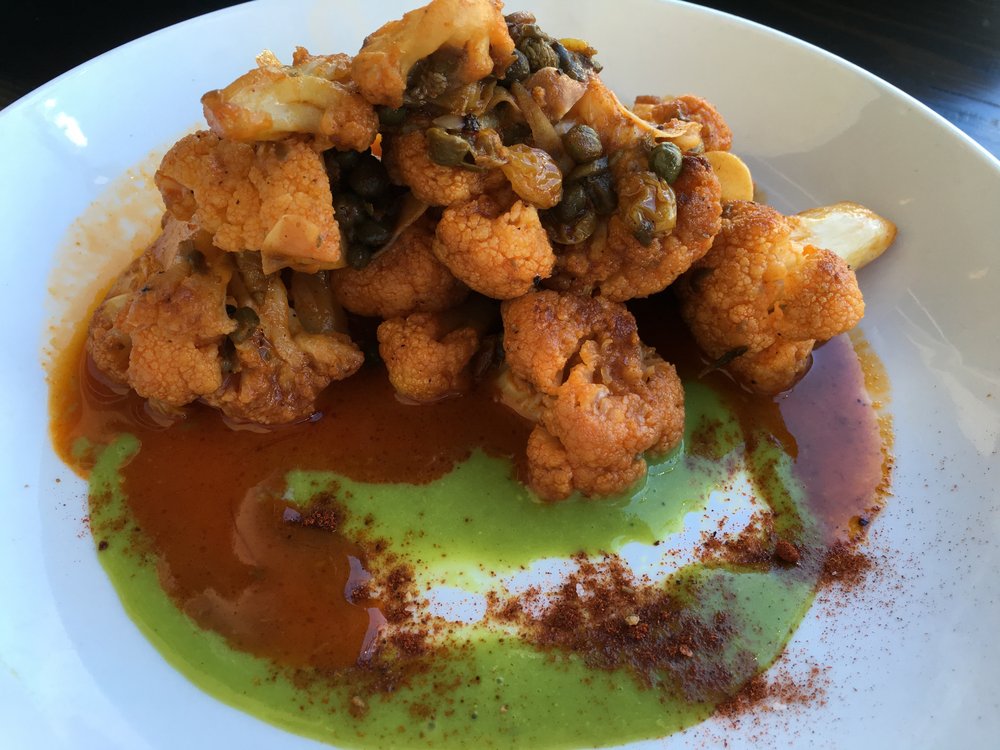 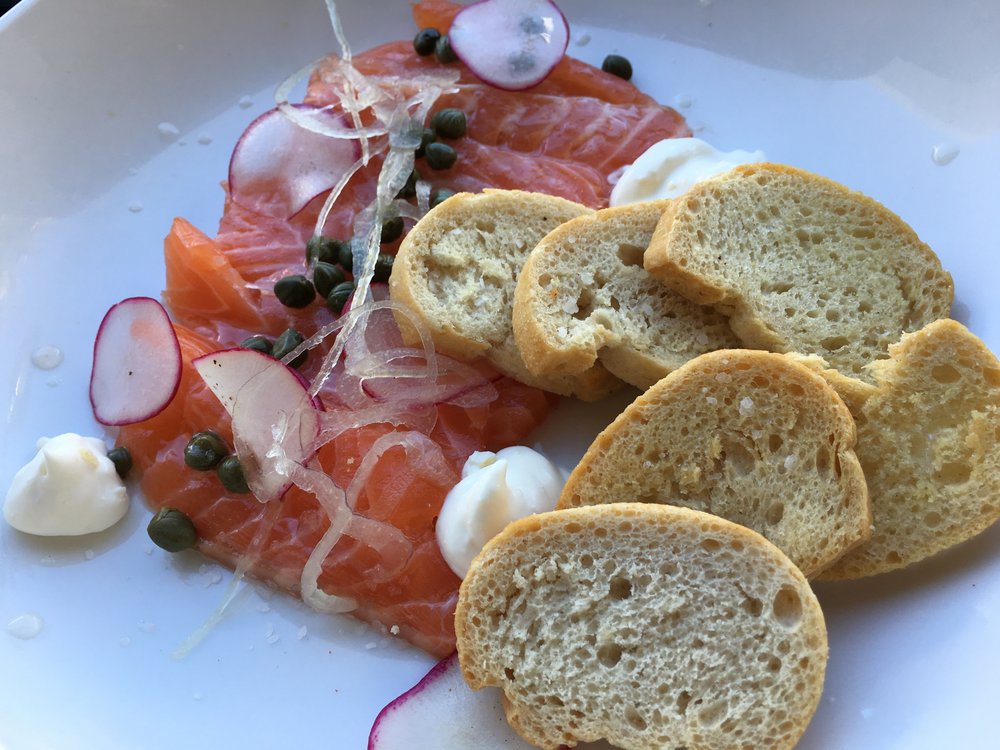 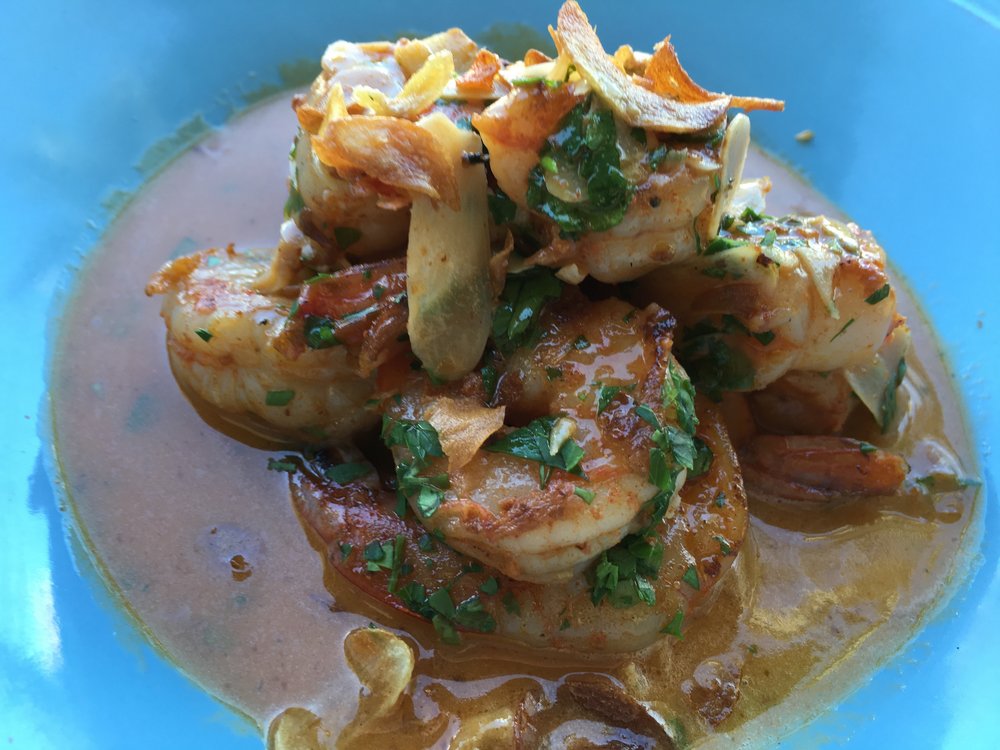 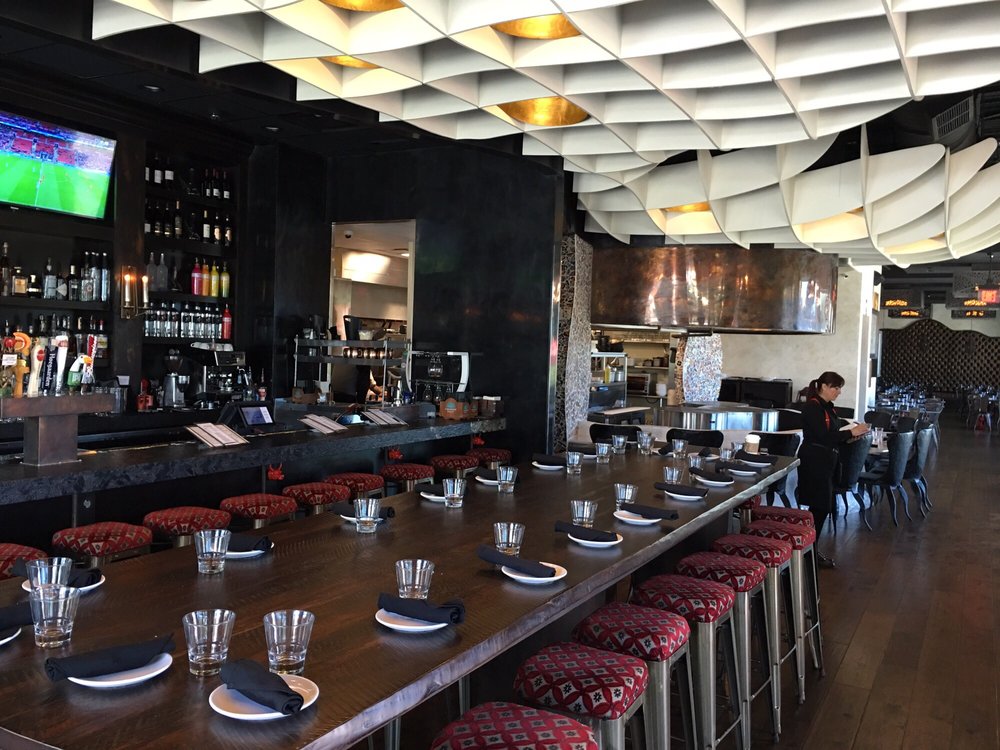 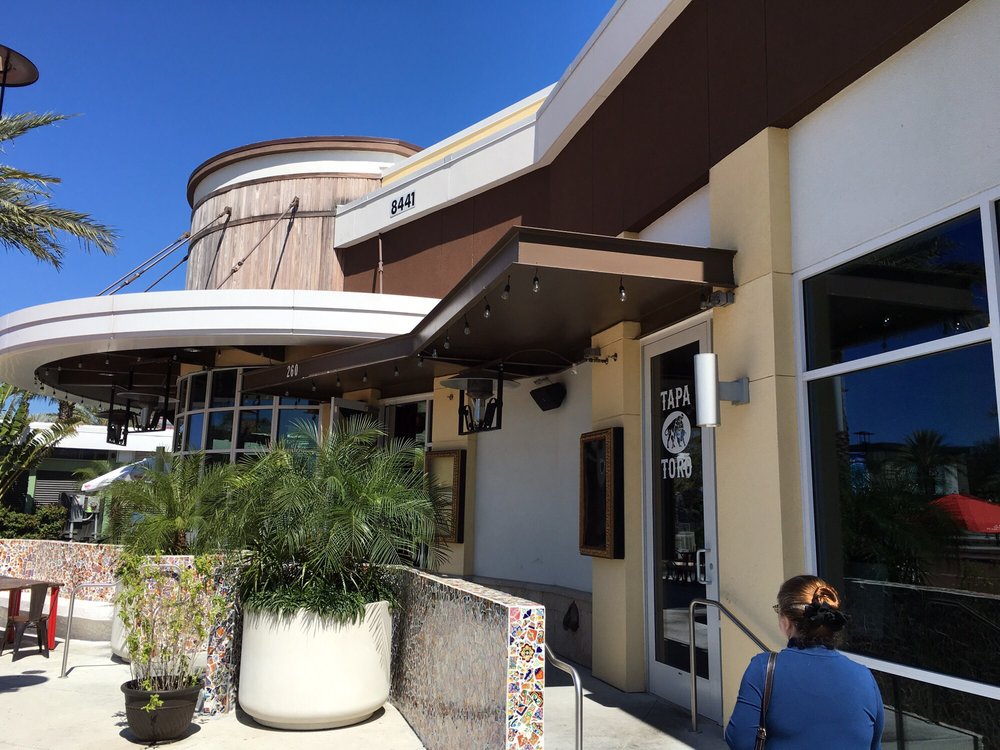 This may be Orlando’s best tapas restaurant. Its diverse menu offers all the standards, plus a lot of dishes with a unique twist, and unlike some tapas places there are a lot of lighter selections and many vegetarian offerings.

My favorite dish by far was the roasted cauliflower, which was perfectly seasoned and sauced, and topped with sultanas and capers. Yum! Grilled asparagus served with grated manchego was also very good.

More conventional were the salmon crudo and the grilled garlic shrimp plates. The assorted cold meat platter was also conventional except for the inclusion of a delicious house-made pate and house-made pickles.

There’s an extensive list of wines by the glass or bottle, plus a very intriguing cocktail list. I tried the Feliz Boca, an inspired mixture of rosemary, lavender, blood orange and bitters. Delicious, and an amazing match to the pate.

There’s a nice dessert menu, but note that there’s also a Ben and Jerry’s about ten feet away! Hmm. Decisions.

Service was very friendly and attentive, and the outdoor dining area is great–mostly shaded, with a view of the Orlando Eye, which is nearby. 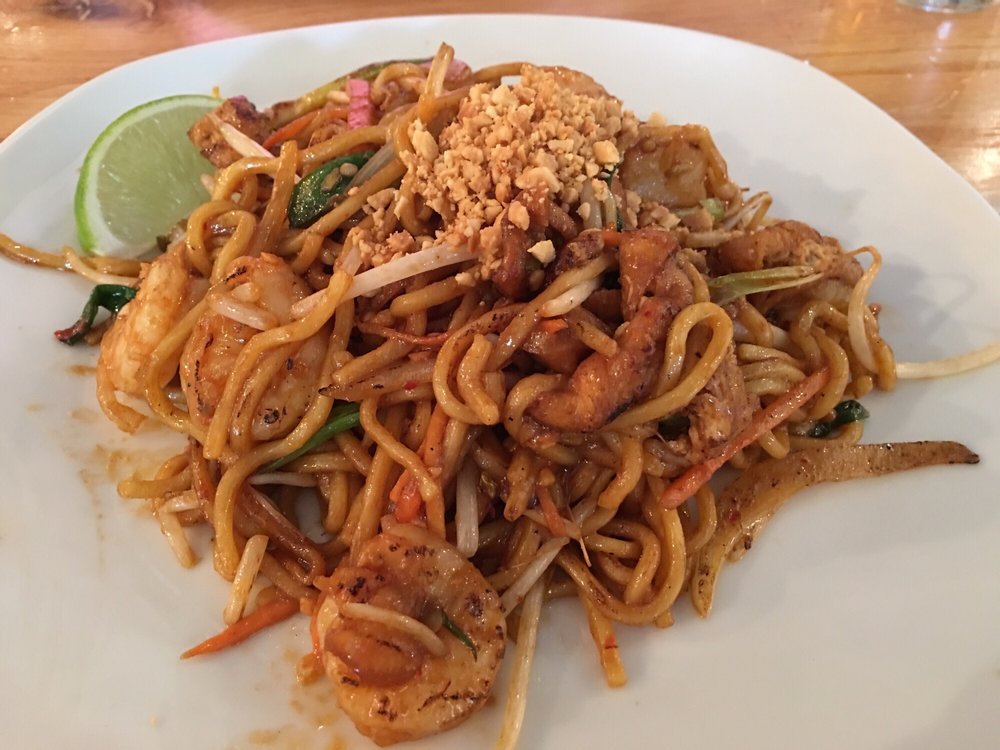 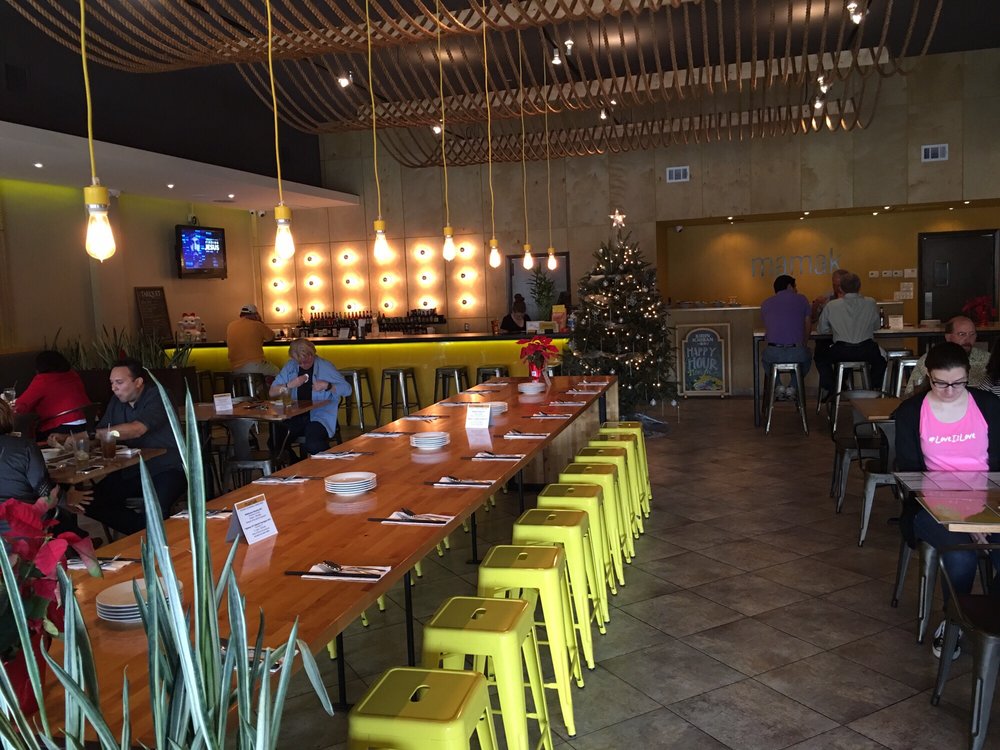 This bright, trendy space is a great place to enjoy Asian street food. Much like the restaurant that pioneered this cuisine in Orland (Hawkers, which is just around the corner and up the street), Mamak offers a menu of pan-Asian dishes arranged in columns including noodle dishes, rice dishes, tapas and soups.

We started with some edamame (a gift for checking in on Yelp). It was perfectly heated and salted.

Our first main dish was the Mamak Roti Canai, which many Yelpers justifiably raved over. The curry was the perfect spiciness, and the rotis were puffy and flakey.

The Roast Duck was less successful, fatty, somewhat tough, and it had that jagged “carved with a Korean chain saw” aspect.

Nasi Goreng Kari was a good rice dish, but it was completely overshadowed by the spectacular Indian Mee Goreng, one of the greatest noodle dishes I’ve ever tasted. It was like Pad Thai on steroids. Each bite of this dish produced layers of complex flavors: first the protein (shrimp and tofu), then the scallions and bean sprouts, then the wonderful wok-fried noodles in a sweet chili sauce, and finally the crushed peanuts and tart lime. I could eat this dish all day!

An extensive beer list offers something to match any dish on the menu, and the wines by the bottle come in a fair variety, too, better than Hawkers.

Service was friendly and attentive. The room is large, light and airy, but has no acoustic treatment whatsoever, so it can be quite loud. As a result the most pleasant dining might be during the hours between lunch and dinner. 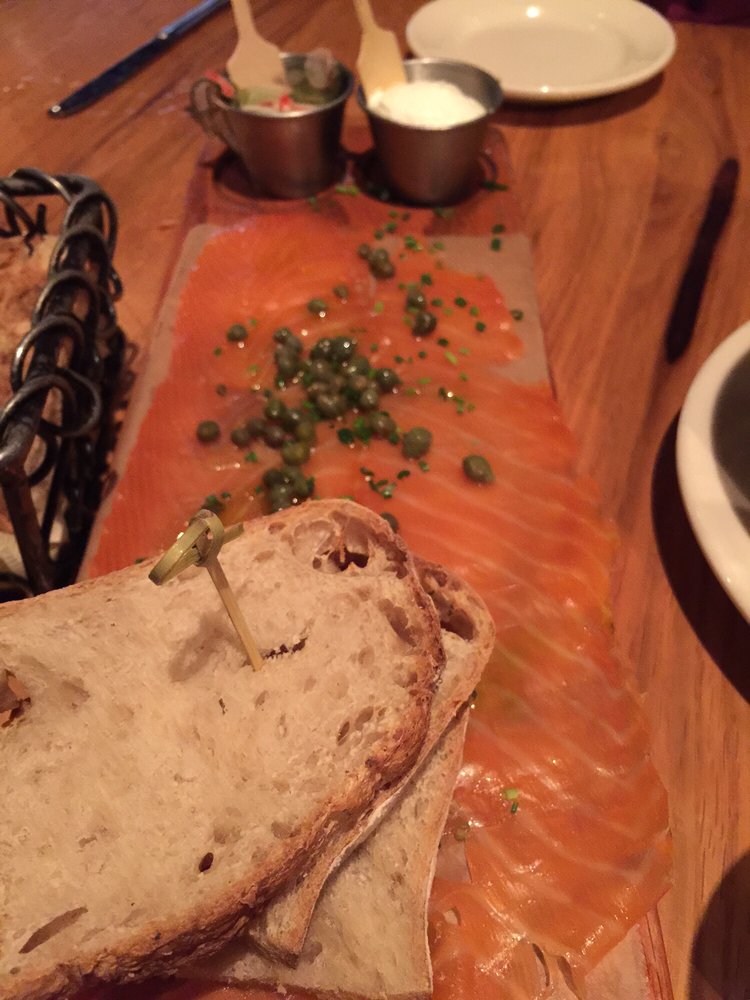 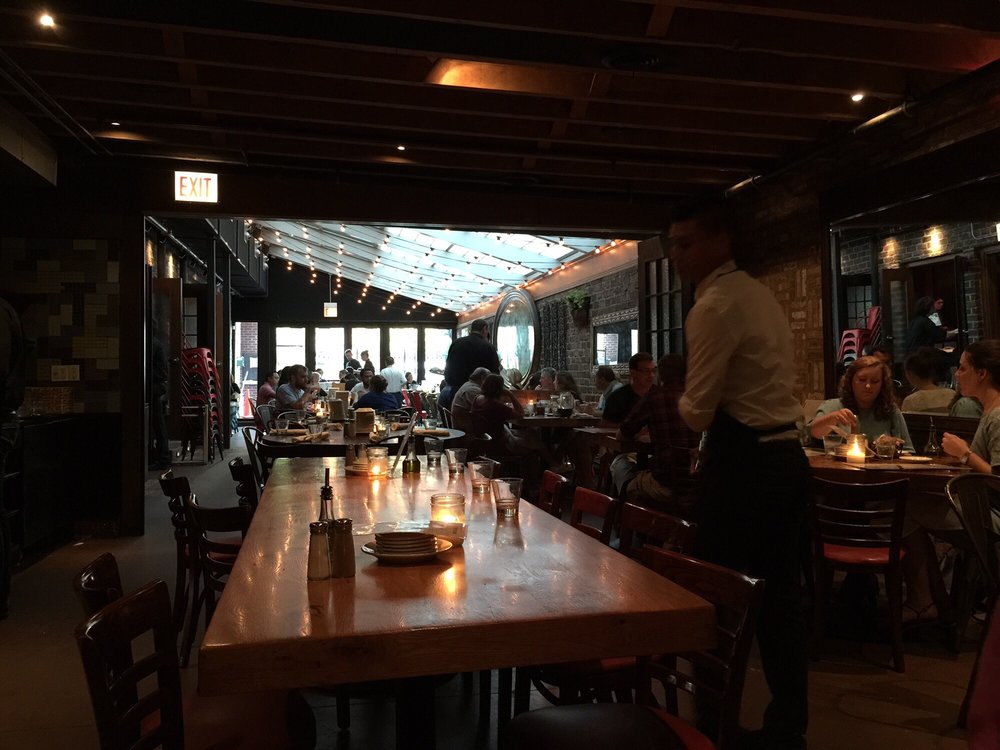 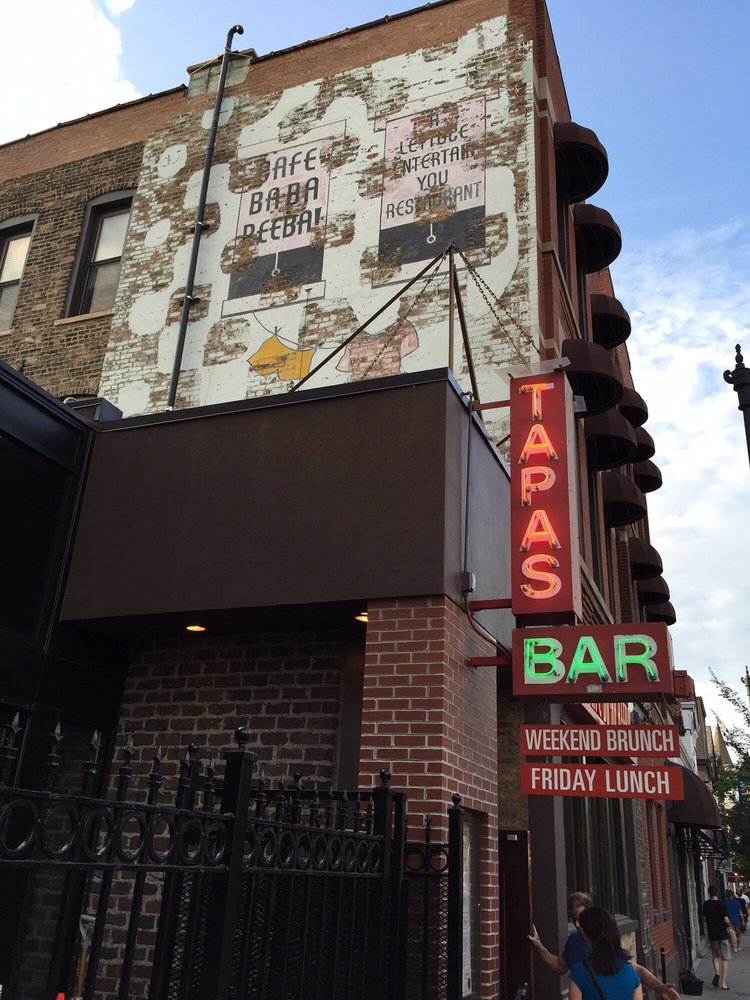 This bustling tapas restaurant is larger than it looks from the outside, and is consistently busy.

The menu has a reasonably broad selection of tapas and also paella. There is also a substantial wine and sangria list, and a separate cocktail menu.

Bacon wrapped dates were nice and crisp on the outside without being mushy on the inside.

Buttermilk chicken thighs seemed mis-named, and were more like chicken tenders with a wing sauce on them.

Beef skewers were tender and nicely charred on the outside, although the horseradish sauce could have used more kick.

The empanadas had a delightfully flakey pastry.

Service was friendly and attentive. Dishes are delivered by runners, and come out as they are ready, so don’t order everything at once or you will be inundated in food! 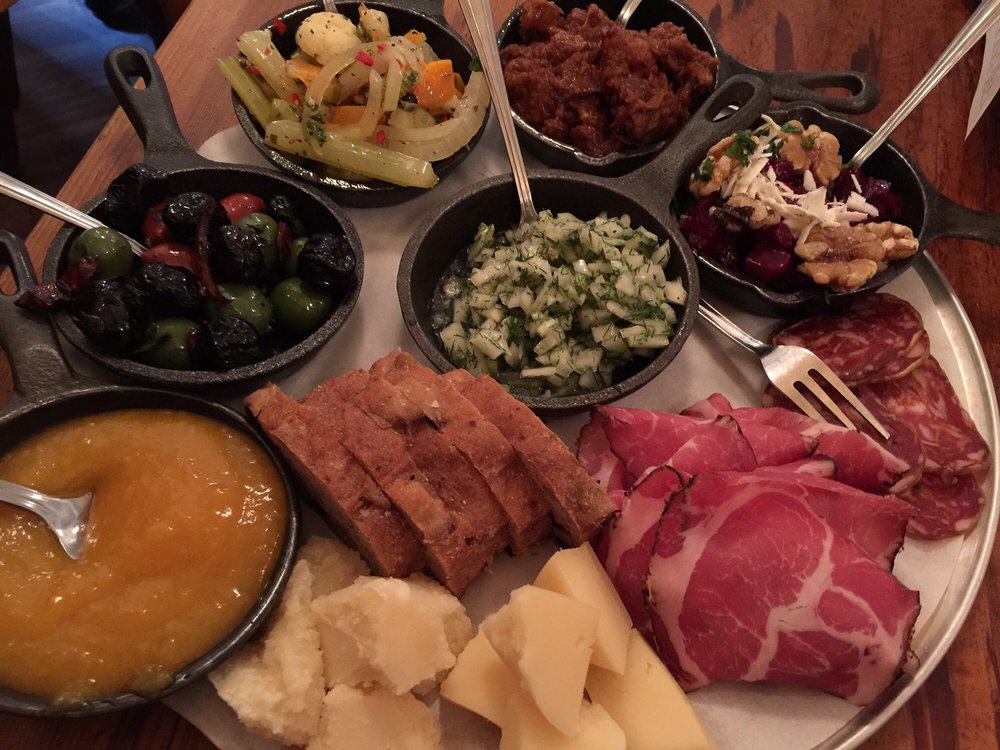 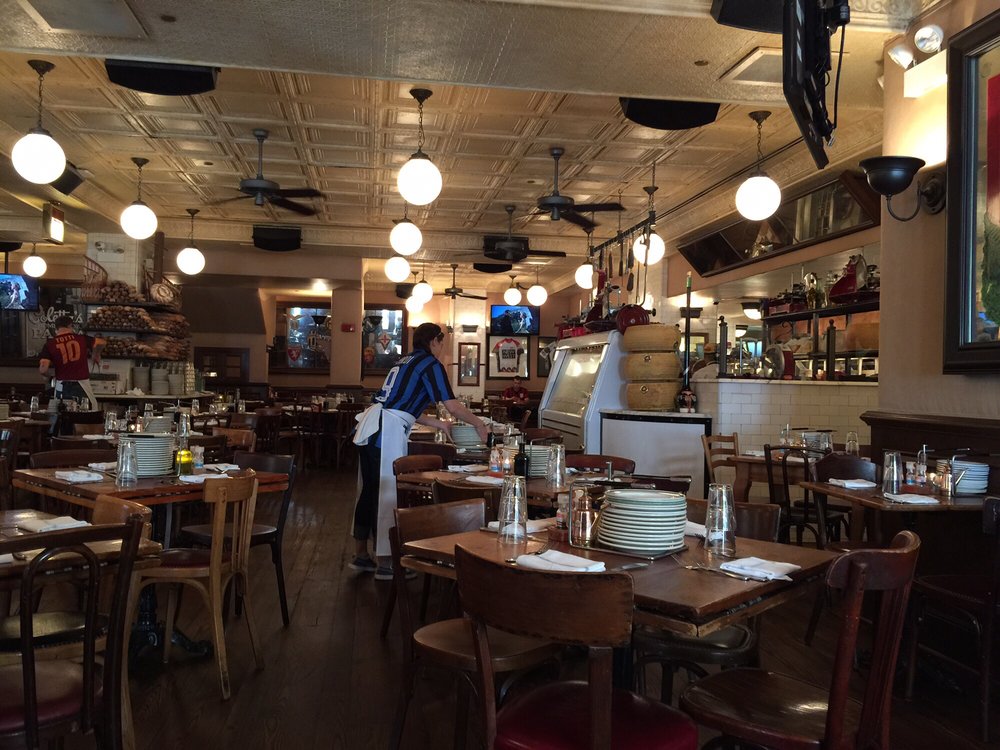 There is an overabundance of Italian restaurants in Chicago, and many have little to recommend them. Quartino is different, though, in that it takes a tapas approach to Italian food, emphasizing small plates of antipasti.

The best way to experience this is through their Salumeria Tasting, which lets you choose seven items to your taste, including veggies, cheeses and meat, all accompanied by several additional sides.

Everything I tried was tasty and delicious, and it was a good way to experience a broad range of offerings.

Of course they also offer pizza, other entrees, and an extensive dessert list, and they brag that they have wine that is cheaper than water.

My server was very friendly, and I enjoyed a relaxed meal in one of their spacious dining rooms. There is also a large outside dining area. 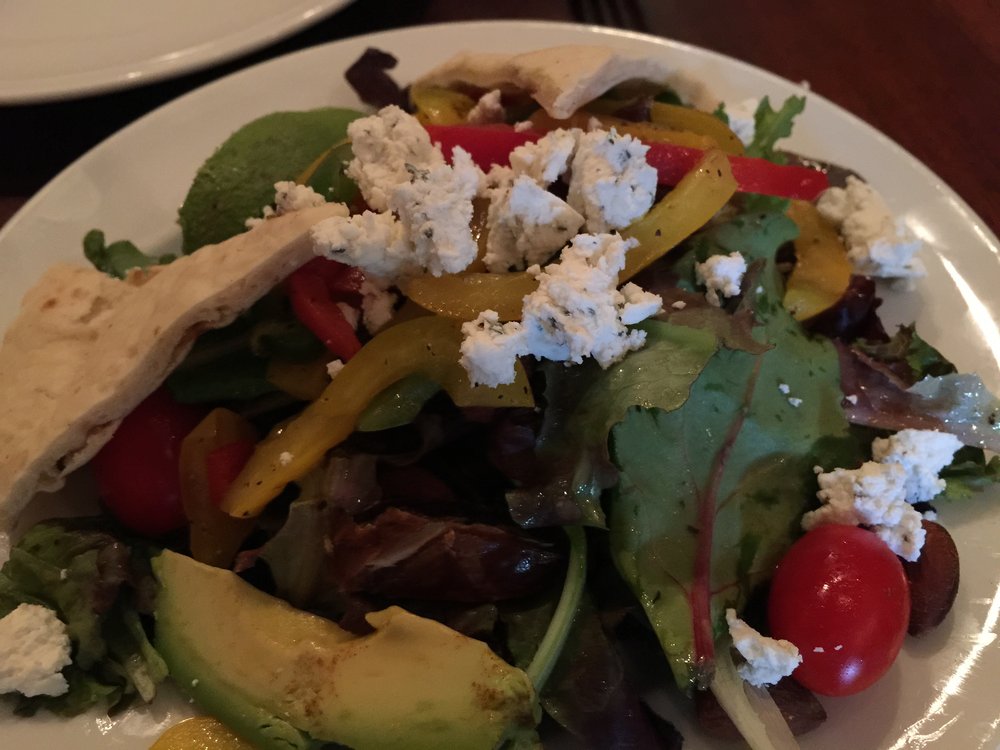 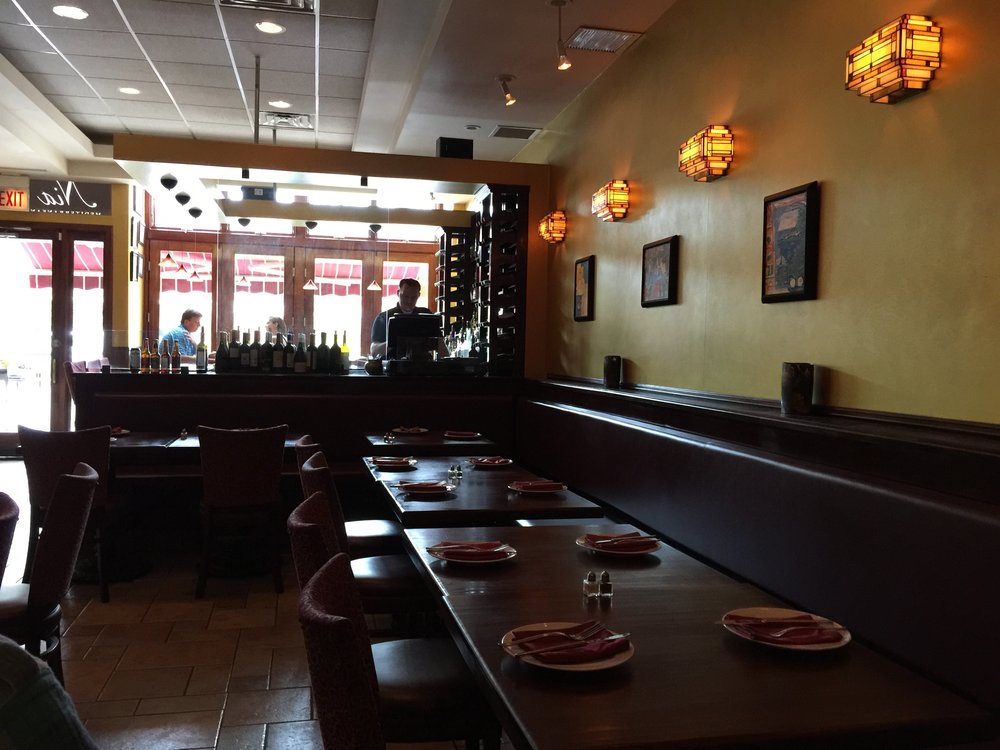 This tapas place at the start of Randolph Street’s restaurant row offers a nice assortment of small plates, craft cocktails and interesting wines.

The food emphasizes Greek and Eastern Mediterranean food rather than Spanish tapas. An eight course dinner offers several selections for each course, providing a nice way to sample a whole range of offerings without being stuck with preset choices.

Several interesting wine flights are available, including uncommon varietals from Greece. Service was friendly and efficient.

Wow, this place was packed, even on a rainy Thursday. Great vibe, just like Spain. The menu is a bit more limited than some Tapas places, but there is a nice variety. We really liked the beef dishes; very tender and good quality. There’s also a nice selection of Spanish wines. Service was very friendly, and noise levels are reasonable, even when busy, particularly at the window tables.